A rare look inside a sumo stable, where tradition rules.

We take a 4 a.m. train to the outskirts of Tokyo, and it feels like we are about to bear witness to a sacred event. We're entering a sumo beya — the stables where wrestlers live, eat, and train — to watch and record the sumotori during an asageiko, the morning practice. The early daylight is soft, warm, and kind — almost emblematic of the giant but gentle athletes who are considered gods in Japan.

Attending a live sumo tournament means traveling to Japan during sumo season — matches are held in January, March, July, and September — and buying tickets as soon as they go on sale. Getting access to a sumo beya is an entirely different matter. This visit took more than a year to arrange.

Foreigners attending an asageiko quickly realize that they must be both respectful and inconspicuous, remaining low-key and nearly invisible to not disturb the very serious practice. There's no talking, no eating, no drinking, and certainly no selfies. But witnessing the athletes practice at close range fills you with a sumo-sized joy.

The start and end of practice is all about stretching in silence. No talking, just flexing and getting ready for the match. Now and then hands slap against thighs and breathing gets heavy. 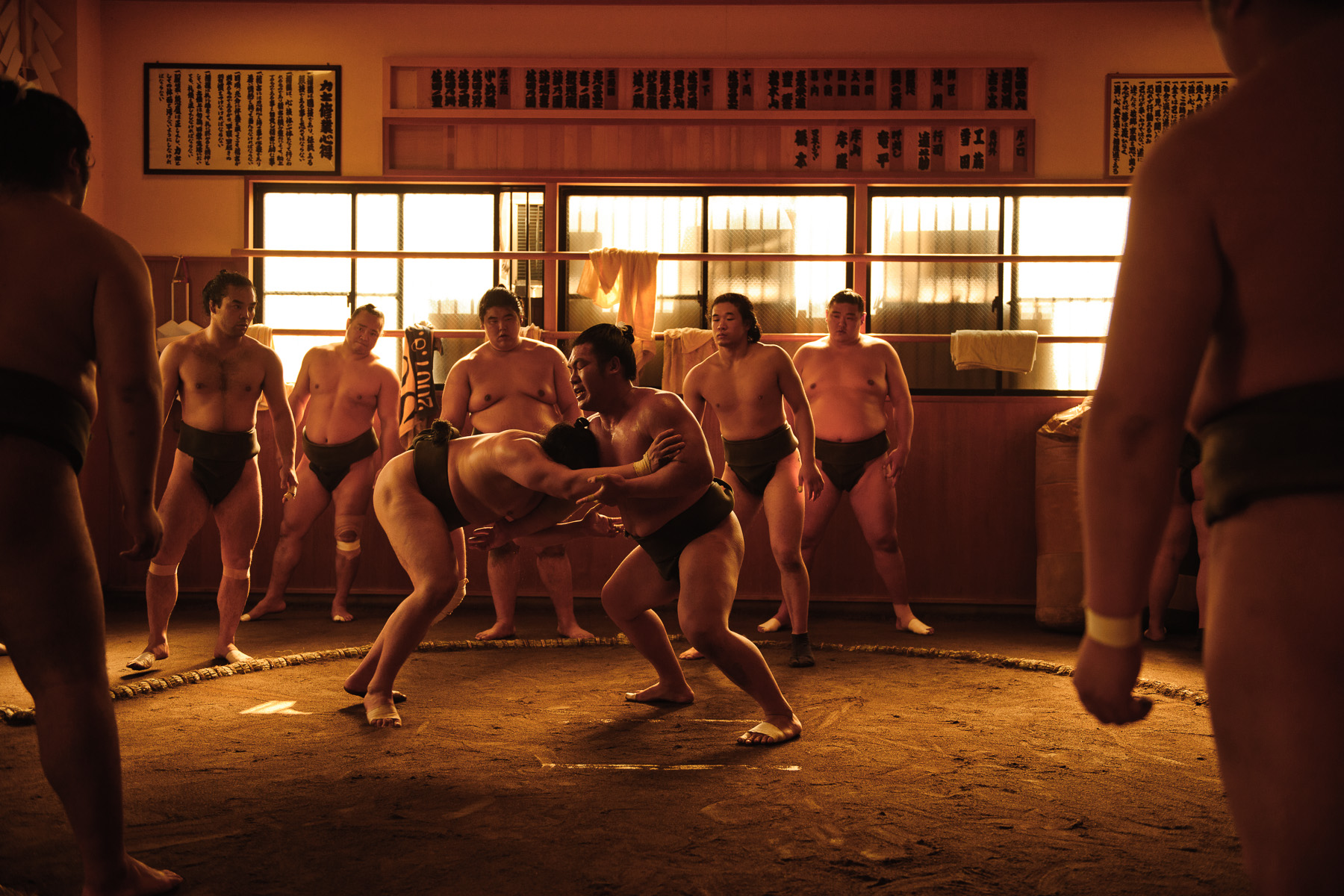 We watch from a small wooden stage a short distance from the dohyō, the wrestling ring. The oyakata, the name for the stable master, notices that we are careful and respectful and invites us to sit beside him, much closer to the action. Being invited to sit next to the boss is a great honor. 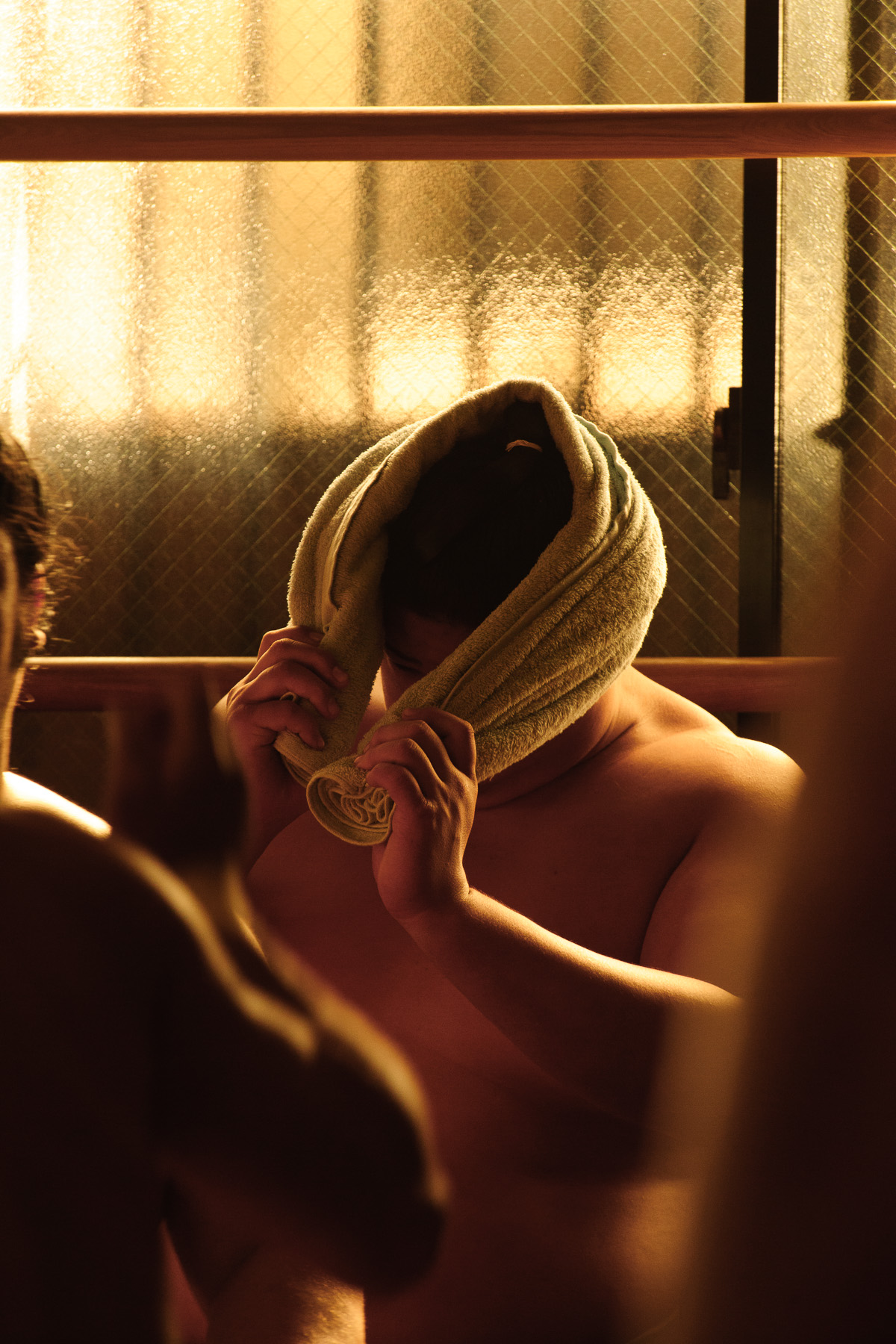 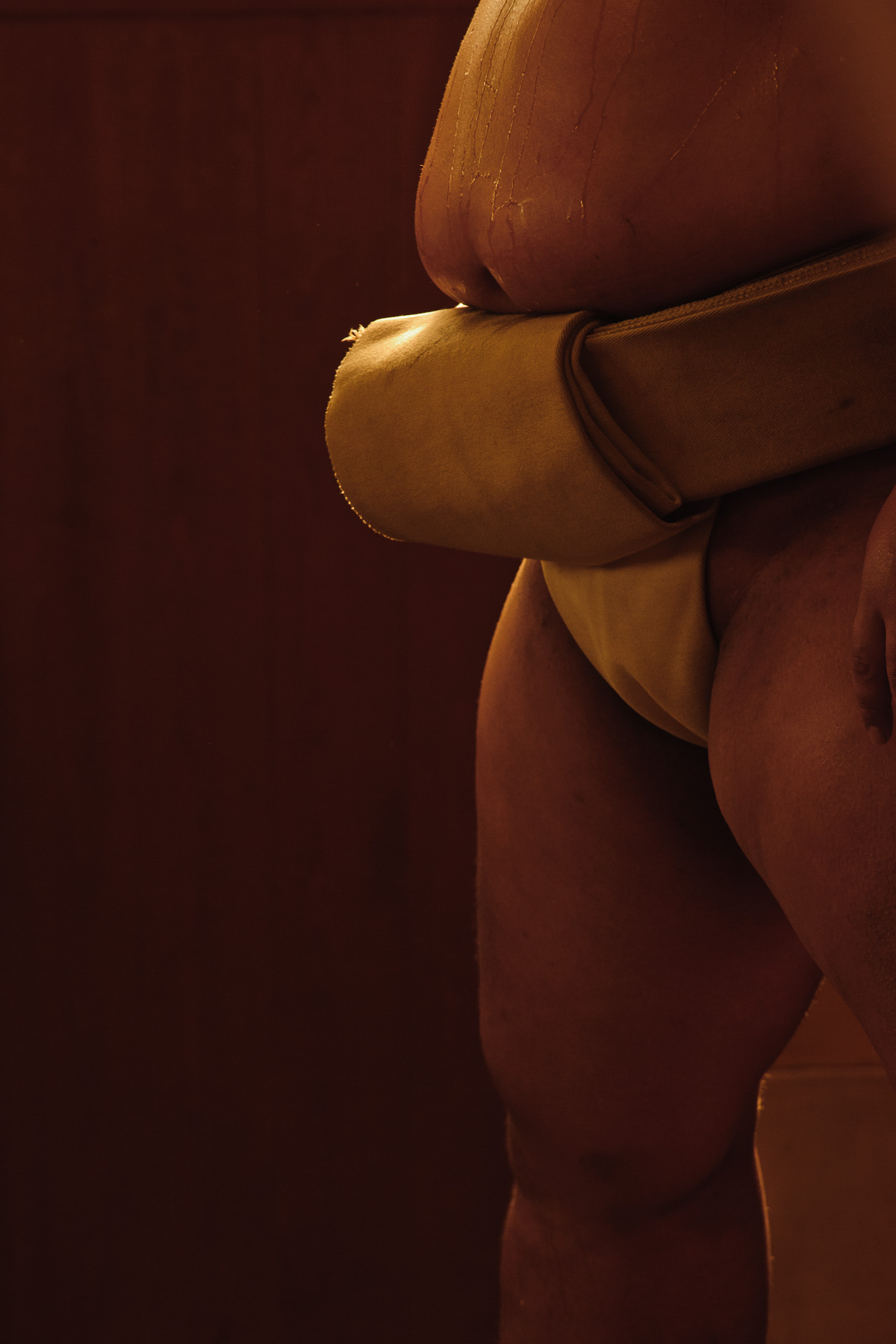 Tokyo's Ryogoku and Kiyosumo neighborhoods are home to the city's sumo stables, where wrestlers live, eat, sleep, and practice on a daily basis. The dohyō is made of clay and scattered with sand. The walls are covered with wood and opaque glass, so outsiders cannot peek in.

Morning practice begins at 5 or 6 a.m. and lasts for three to four hours. Attitude when visiting a sumo stable is important. Lounging around is not permitted. Feet should never be uncovered, and the soles of the feet should never point toward the ring. 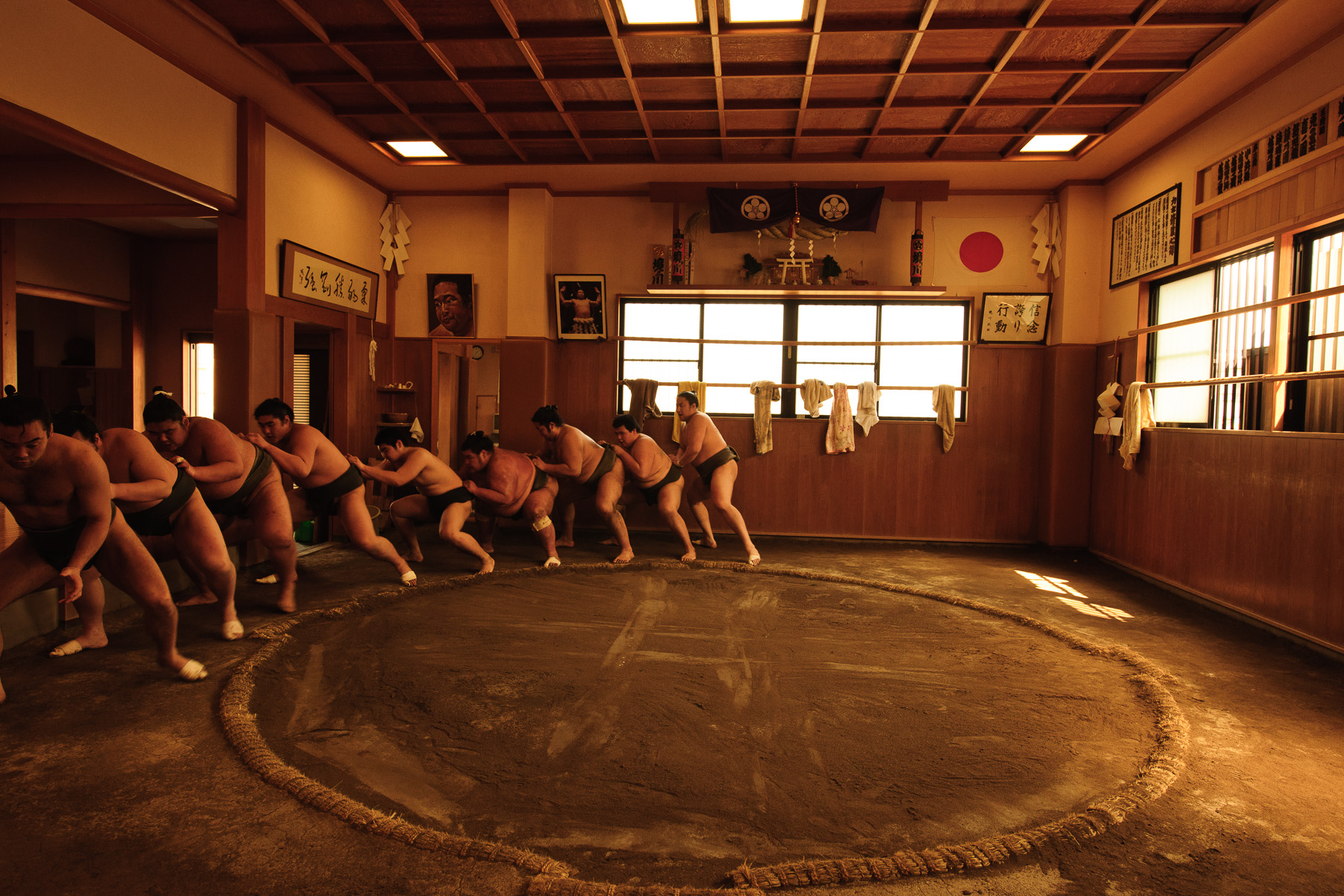 When practice is in session, there is little interaction among wrestlers. Sumotori shout the names of wrestling moves to each other and to the oyakata, their trainer. The hierarchy is clear: The oyakata decides everything. Everyone must be respectful and follow the rules of the beya. 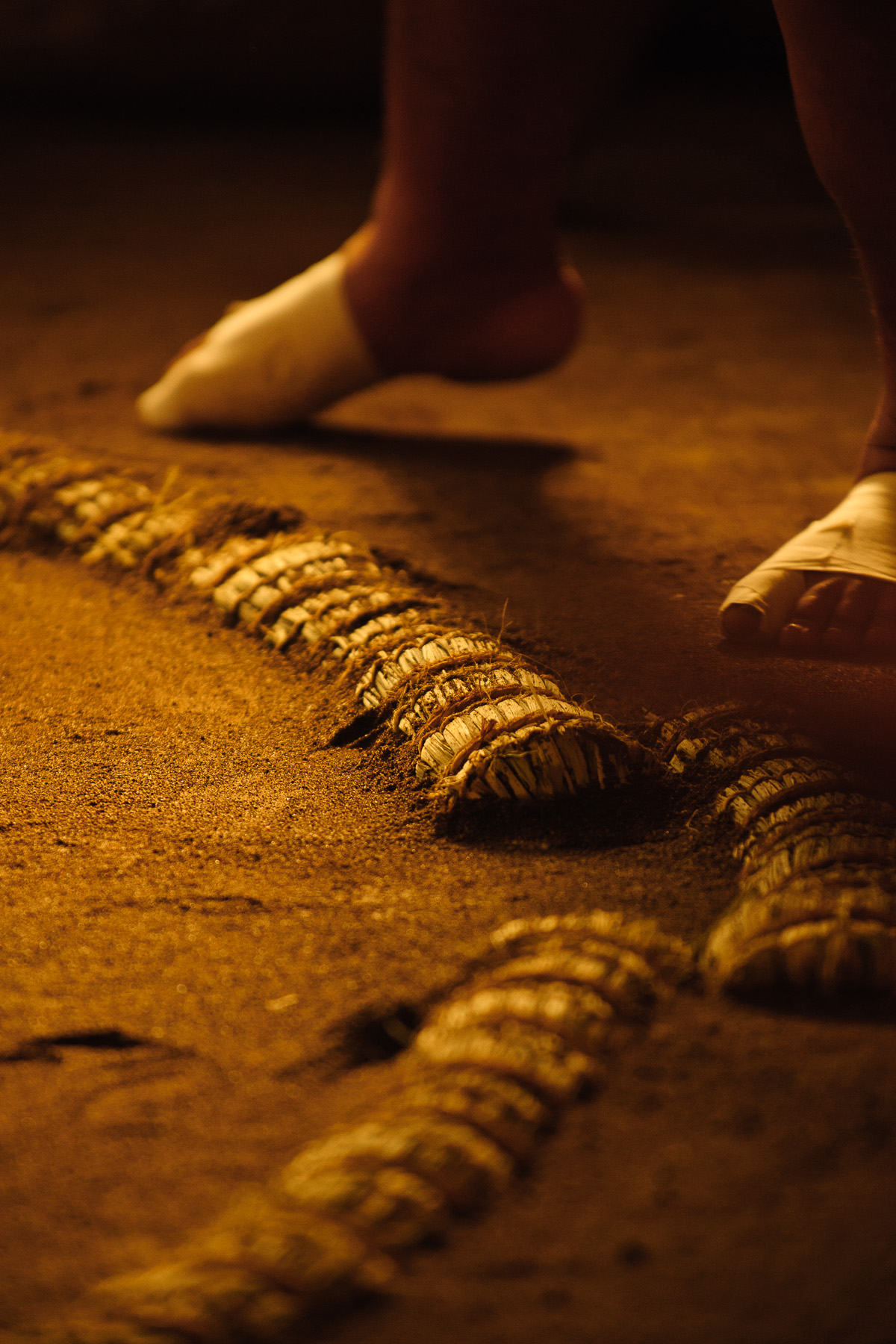 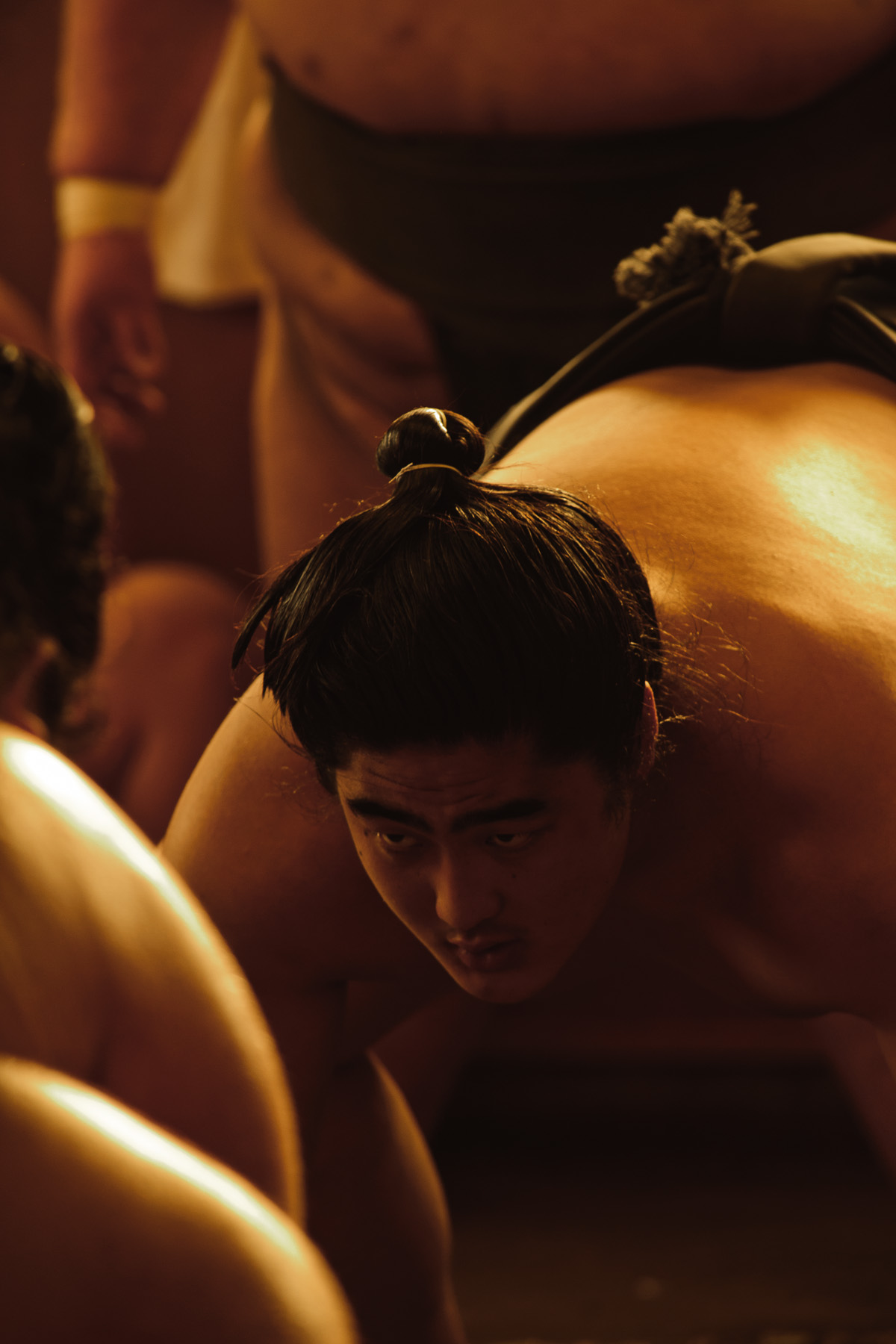 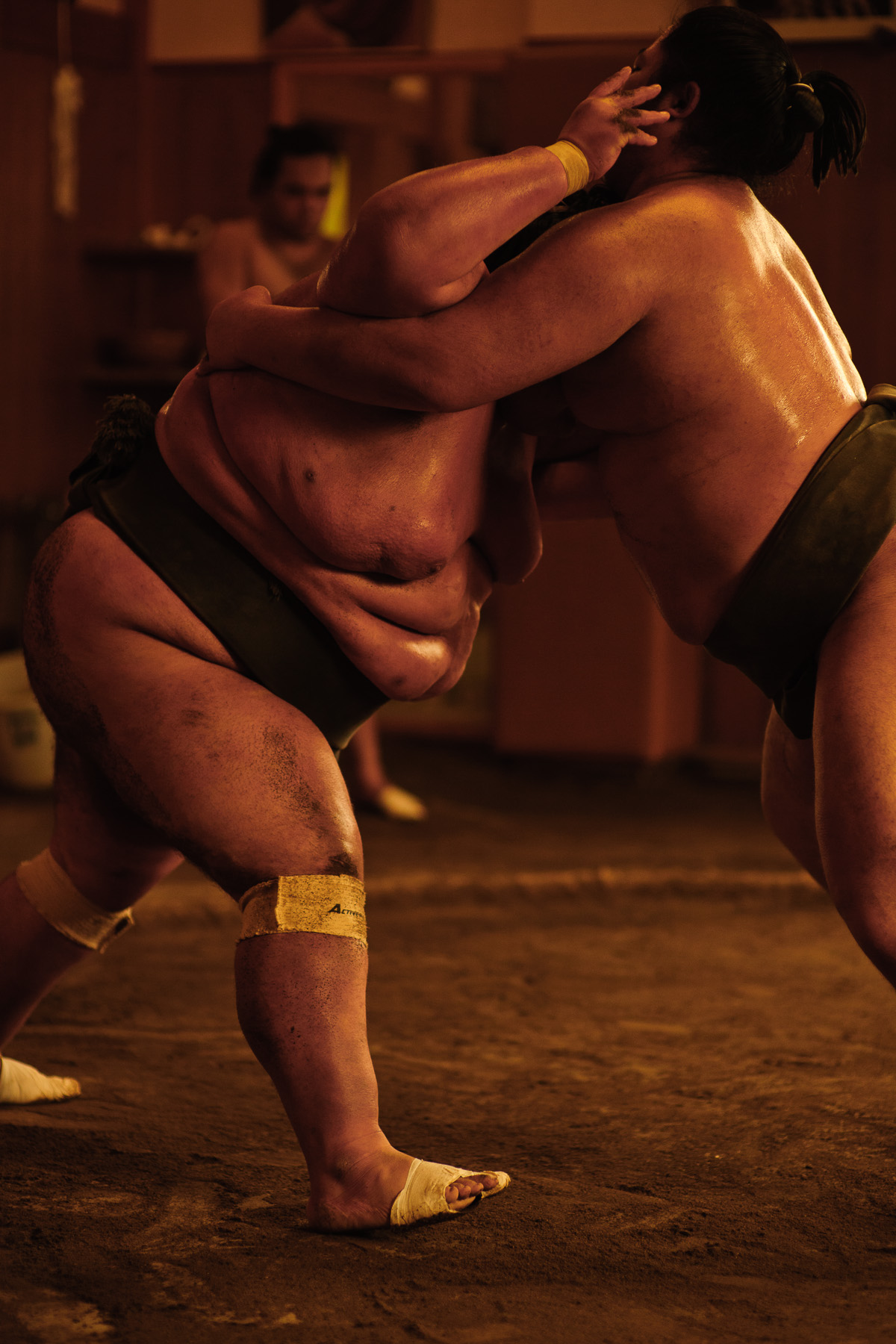 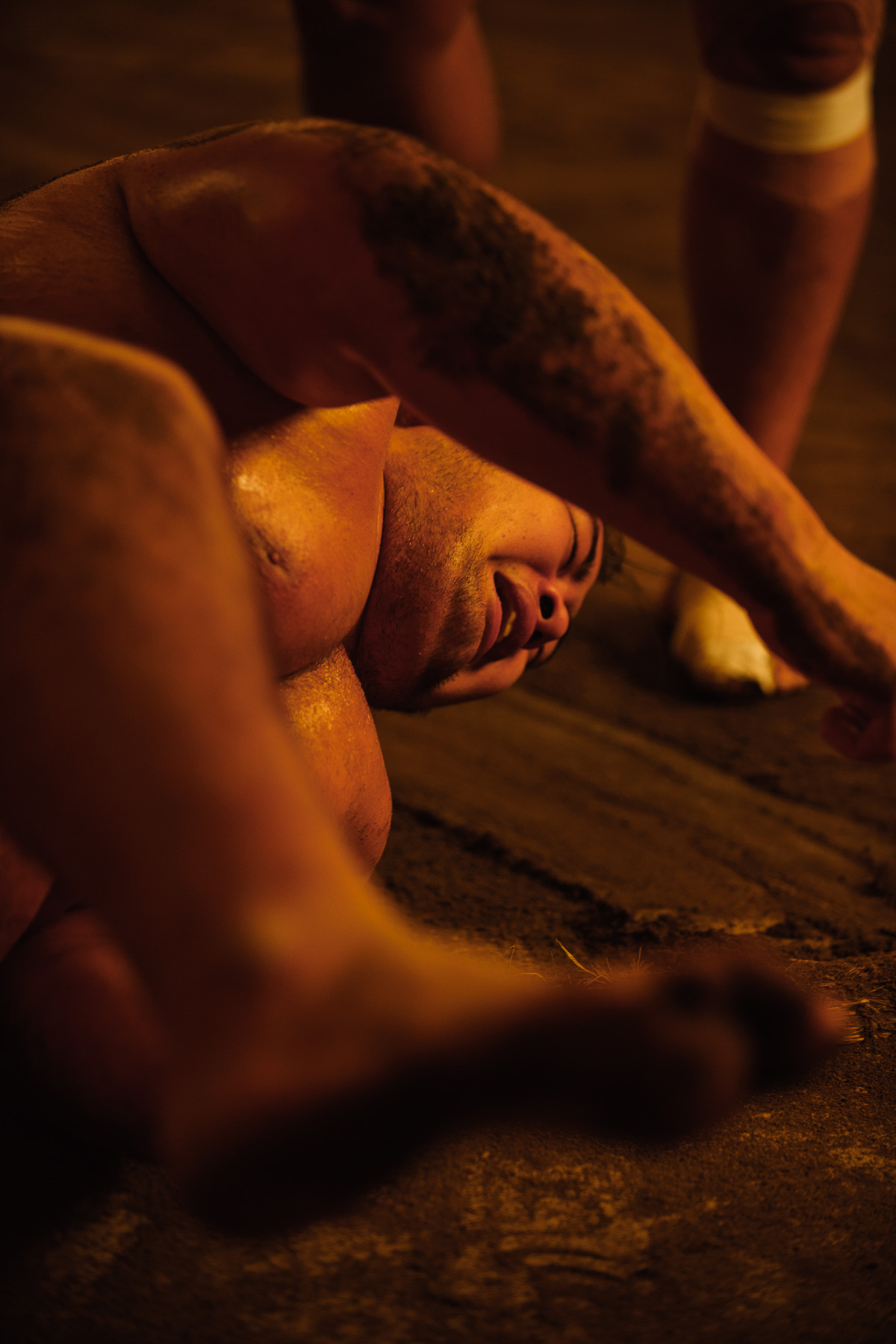 The heyagashira is the most senior-ranking wrestler in a beya. Yokuzuna is the highest rank, the grand champion. The noise made by bare feet sliding across the clay floor is often the only sound in the room. 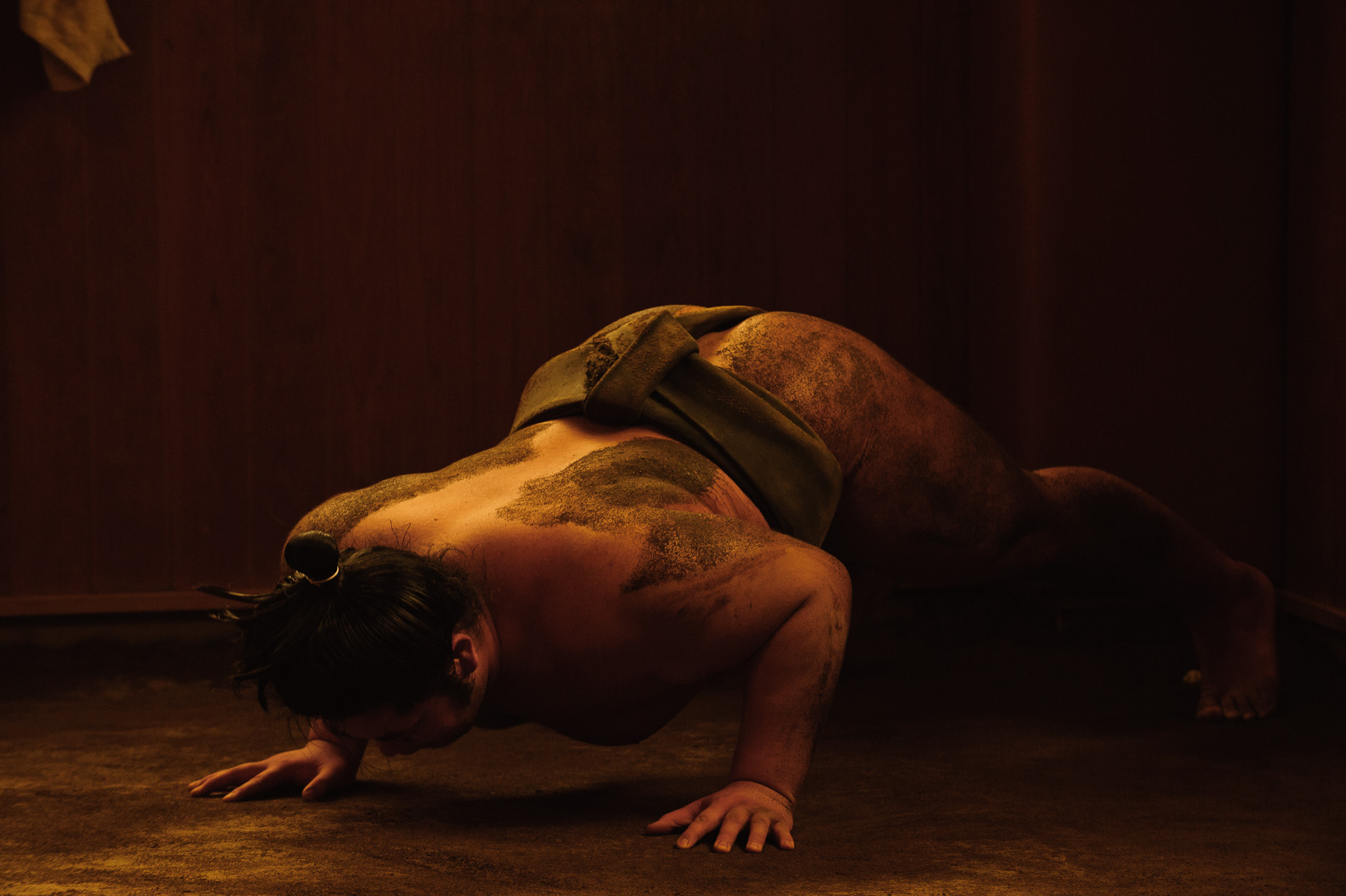 Silence in the beya underscores the intense reality of the practice. Sumotori focus on the training, and nothing else. No sumotori eats or drinks until after practice.

Photographing an asageiko and being in the beya for a few hours is an overwhelming and unforgettable experience. 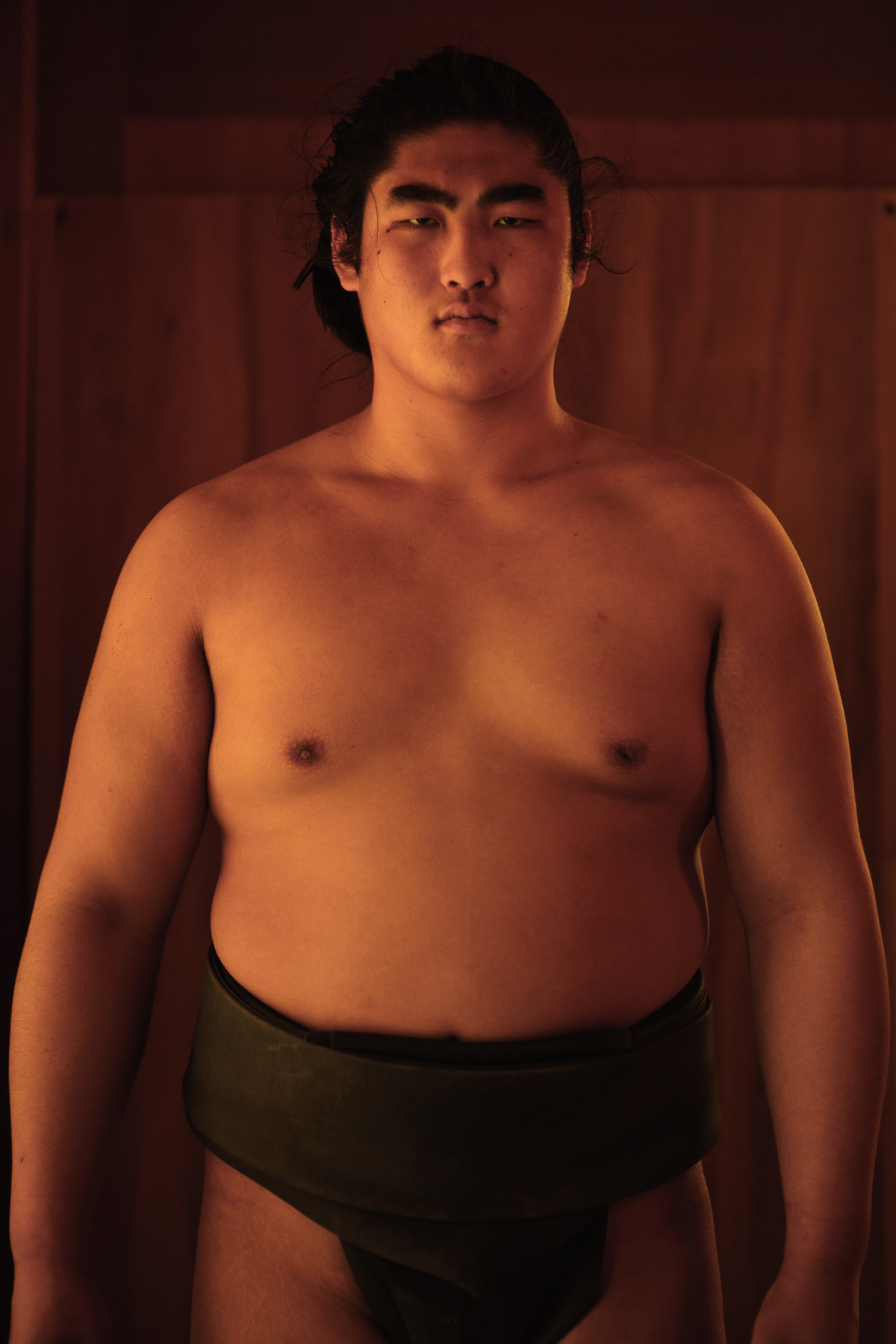 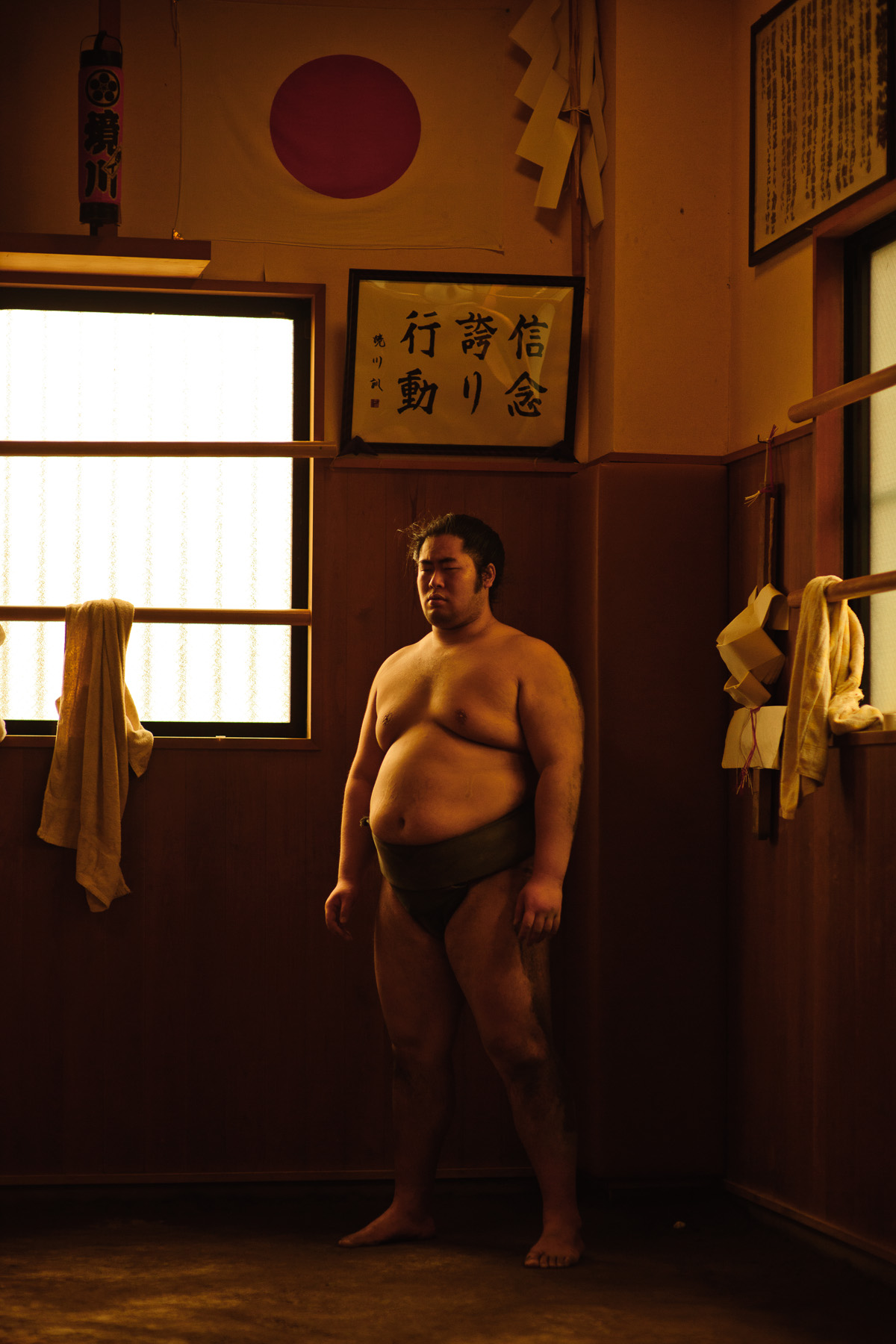 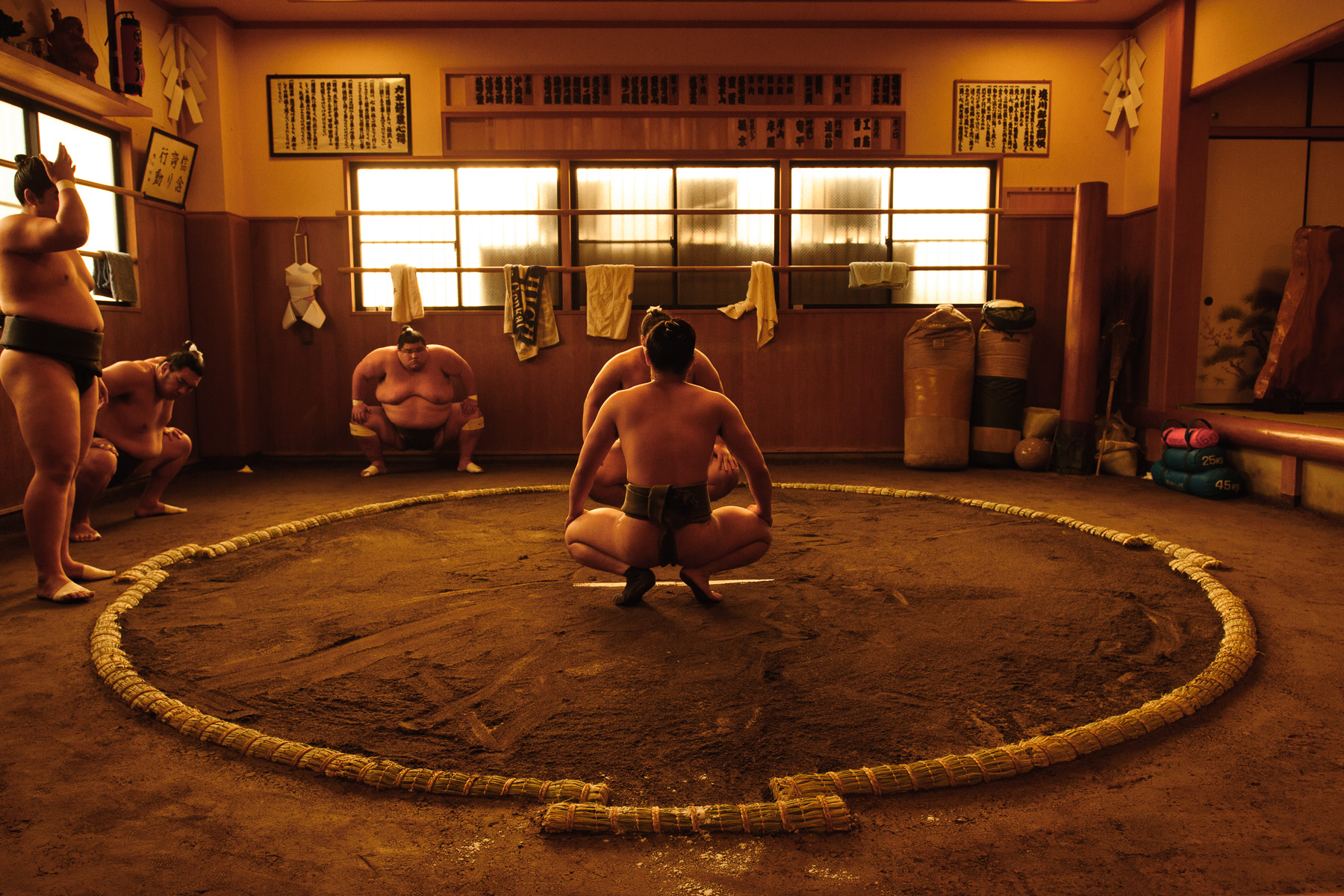 To show our respect and to thank the oyakata for his kind hospitality, we bring a huge bottle of Belgian brew as a gift. We hear sumo wrestlers love beer. And can enjoy it after their morning session.

The Sumo Top Knot Is the Original Man Bun