How many calories does a sumo wrestler consume in one day? It's not a riddle, but the answer is outrageous: upward of 10,000. This is because the sumo physique needs to channel mass, force, and speed (Newton's Law) to keep from being pushed out of the ring and losing the match. The average weight of a top-level wrestler is around 350 pounds (though Konishiki Yasokichi, the heaviest sumo ever, tipped the scale at 600-plus). But sumos are remarkably fit, thanks to rigorous exercise and an enigmatic dietary regime that is centered around chankonabe, a nutrient-dense, high-caliber, carbo-loaded stew that wrestlers consume daily. 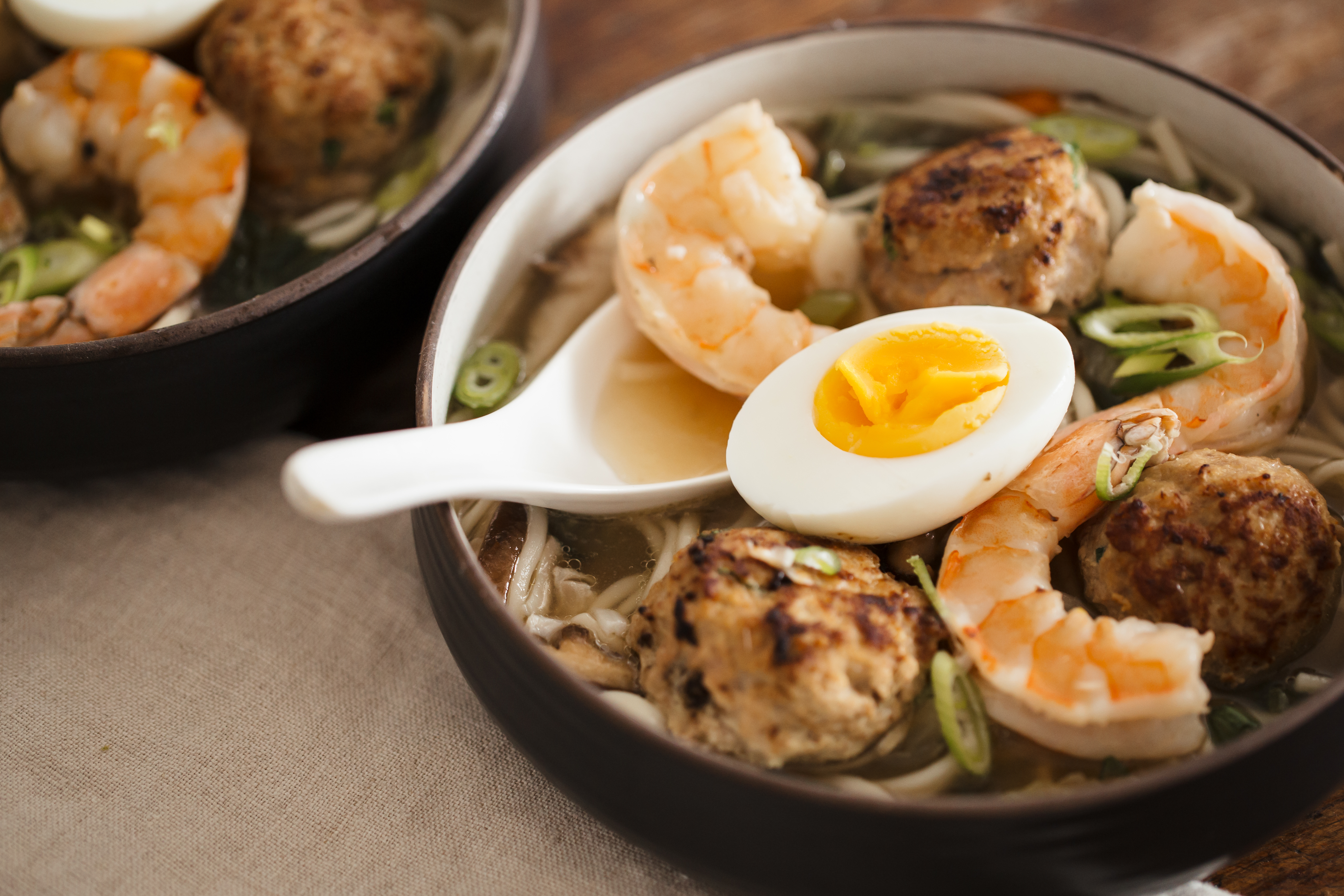 There are no hard and fast rules for what goes inside the hotpot. Each sumo stable, where wrestlers live and train, develops its own recipe. The base is dashi, the broth made with seaweed and bonito flakes that's a cornerstone of Japanese cooking. Miso, garlic, and mirin are added next, then lean meats and vegetables. Bowls are ladled out according to rank, and everyone has seconds — and thirds, and fourths. The first bowl is especially protein-packed, with tsukune (meatballs), tofu, daikon, and bok choy. Rice, somen, or udon are added to subsequent bowls. The recipe is tweaked during tournament season, when chankonabe is often made with chicken because wrestlers believe that to eat a chicken is to be like the bird itself: steady on two feet, their bulk providing a greater center of gravity.

Deep Dive: How to Win a Sumo Match 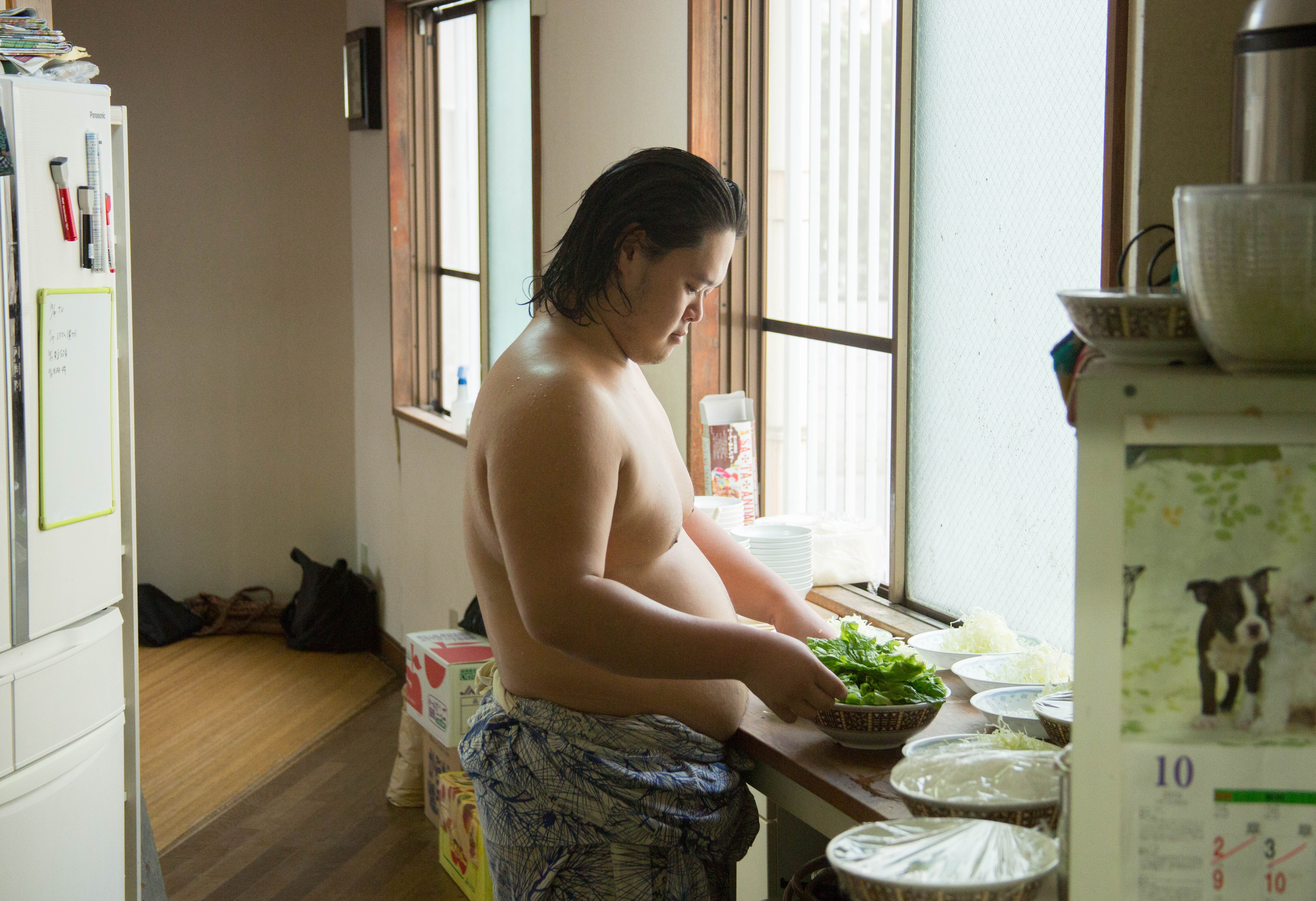 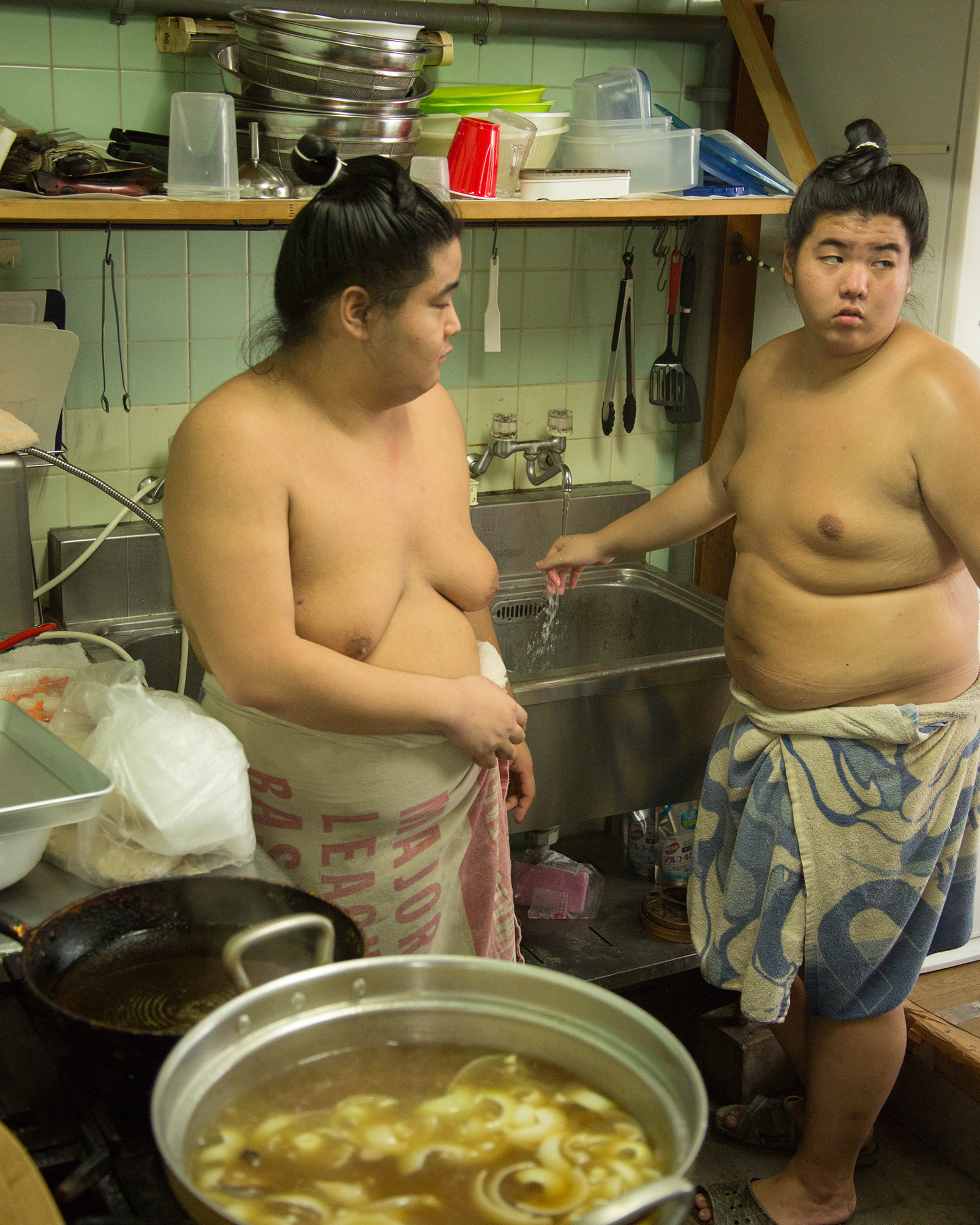 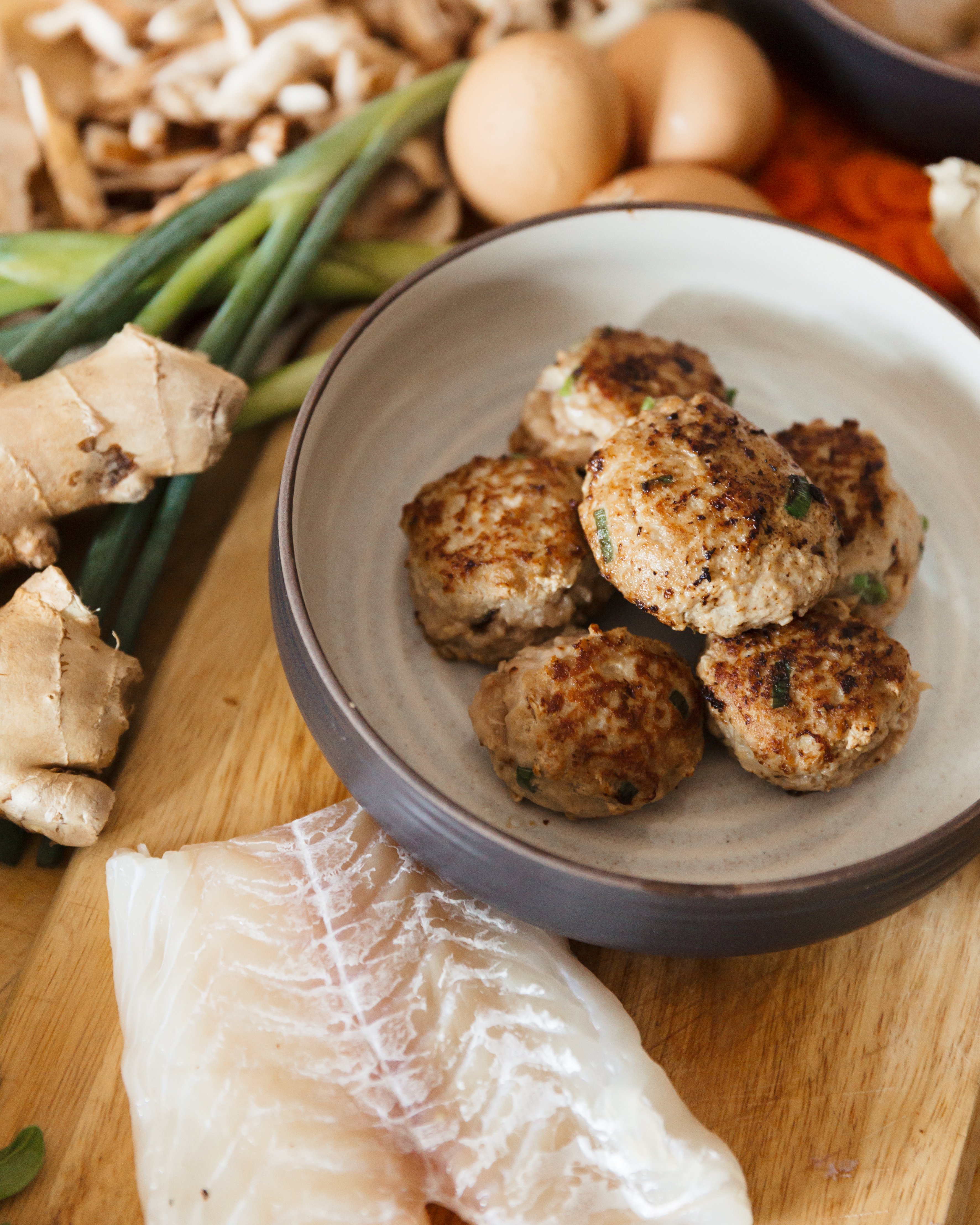 The stew's origins are vague. Its linguistic roots likely refer to father (chan) and child (ko), an allusion to the relationship between a stable master and his sumos. (Nabe means pot.) After each practice, lower-ranked wrestlers prepare the meal together in the humble stable kitchen, while higher-ranked wrestlers bathe and fix their top knots before sitting on tatami mats at communal tables. 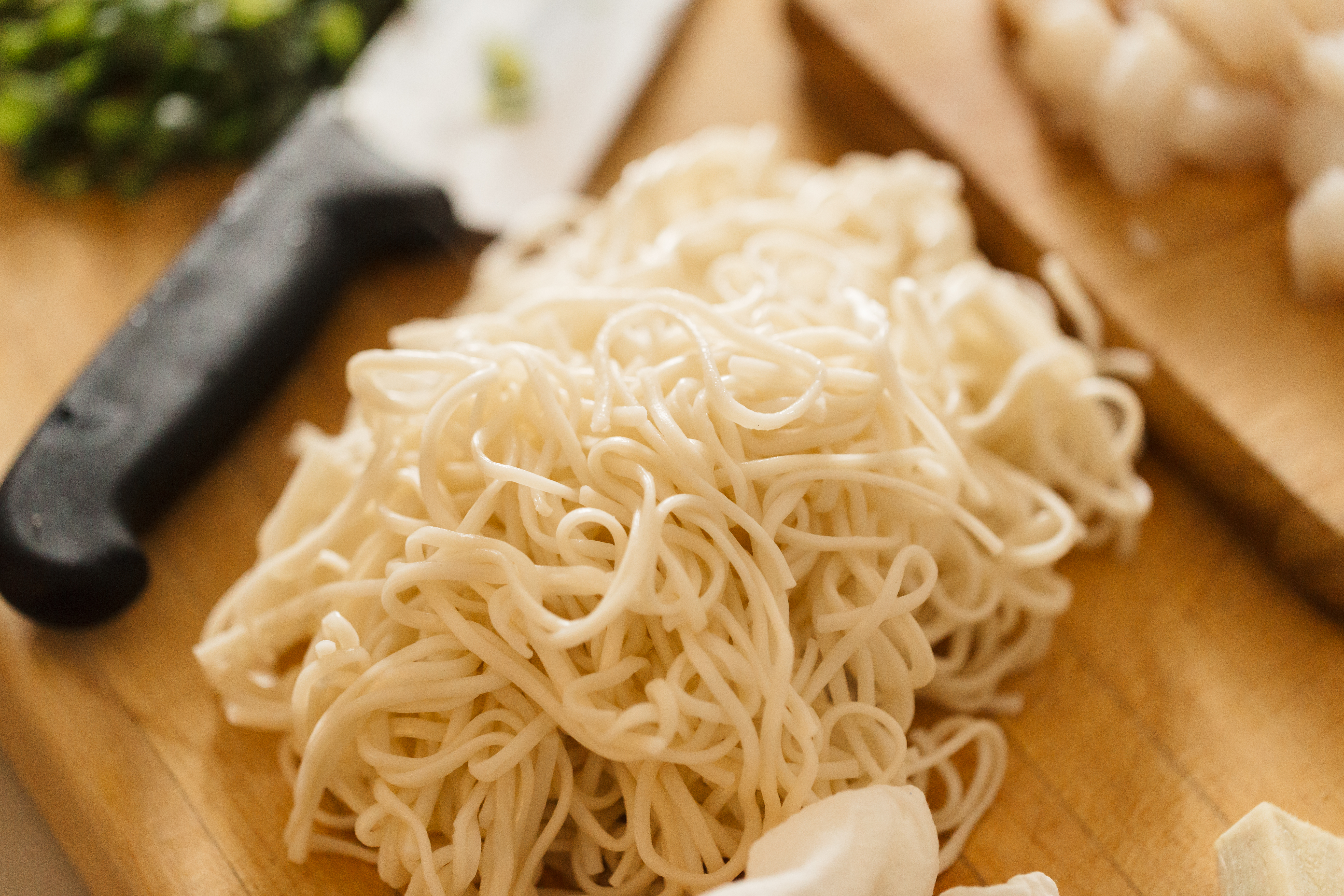 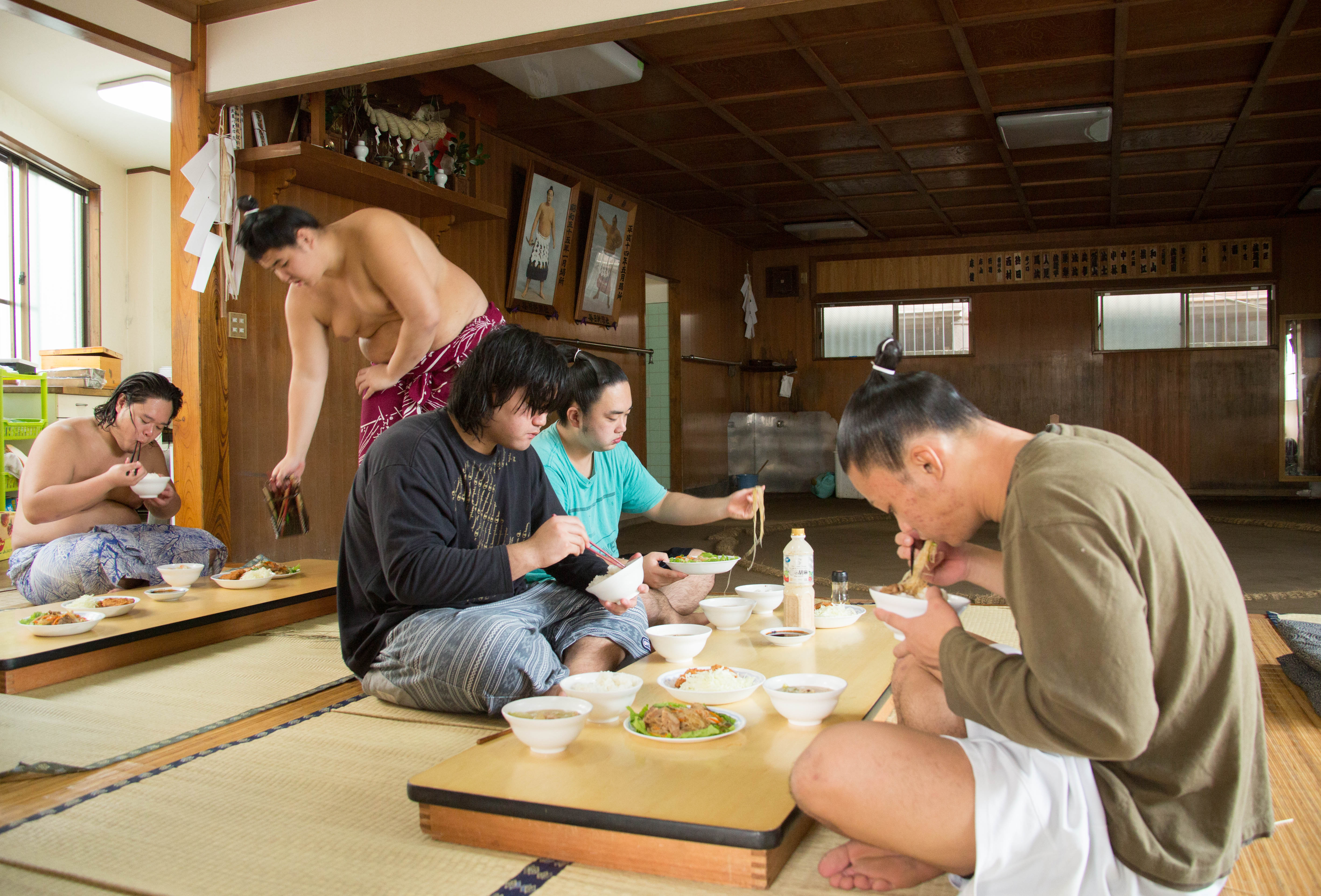 When sumo wrestlers retire from the sport, some become actors, some pop stars, and some open chankonabe restaurants. The first of its kind, Kawasaki Chanko, opened in Tokyo in 1937. Restaurants may offer a lighter, more refreshing stew, or try to appeal to a high-end crowd with with elaborate interiors, haute ingredients, and fancy presentations antithetical to a sumo's unembellished buffet. While patrons enjoy their hotpot and beers, grand tournaments are shown on a big screen. Their excitement for a good chankonabe can rival the feelings they have for the big guys on television.

The Sumo Top Knot Is the Original Man Bun