A Tokyo neighborhood that caters to Japanese obsessions.

Arriving in Tokyo, even from a metropolis like New York or Berlin, you immediately have the impulse to check a calendar, feeling like you might have Rip Van Winkle'd on the plane and managed to miss a few decades. But if you are a traveler like I am, a smile quickly unfurls across your face, because it's precisely shock and difference that you hope to find every time you take a trip. And that was my experience, in the extreme, from the minute I stepped out of the commuter train station in what might be the oddest of odd Tokyo neighborhoods: Akihabara.

Akiba, or "electric town," as it's affectionately called, presents a consolidated caricature of many Japanese stereotypes: electronic gadgets and tech, manga/anime/idol culture and all the accompanying games, figures, collectables, and costumes. Akiba's Times-Square-esque towers and their hundreds of shops are a hotbed for otaku, "obsession" of the especially geeky/dorky kind. There are probably more gizmos, gaming parlors, and girls in skirts and knee socks per square kilometer than you could find anywhere else in the world. 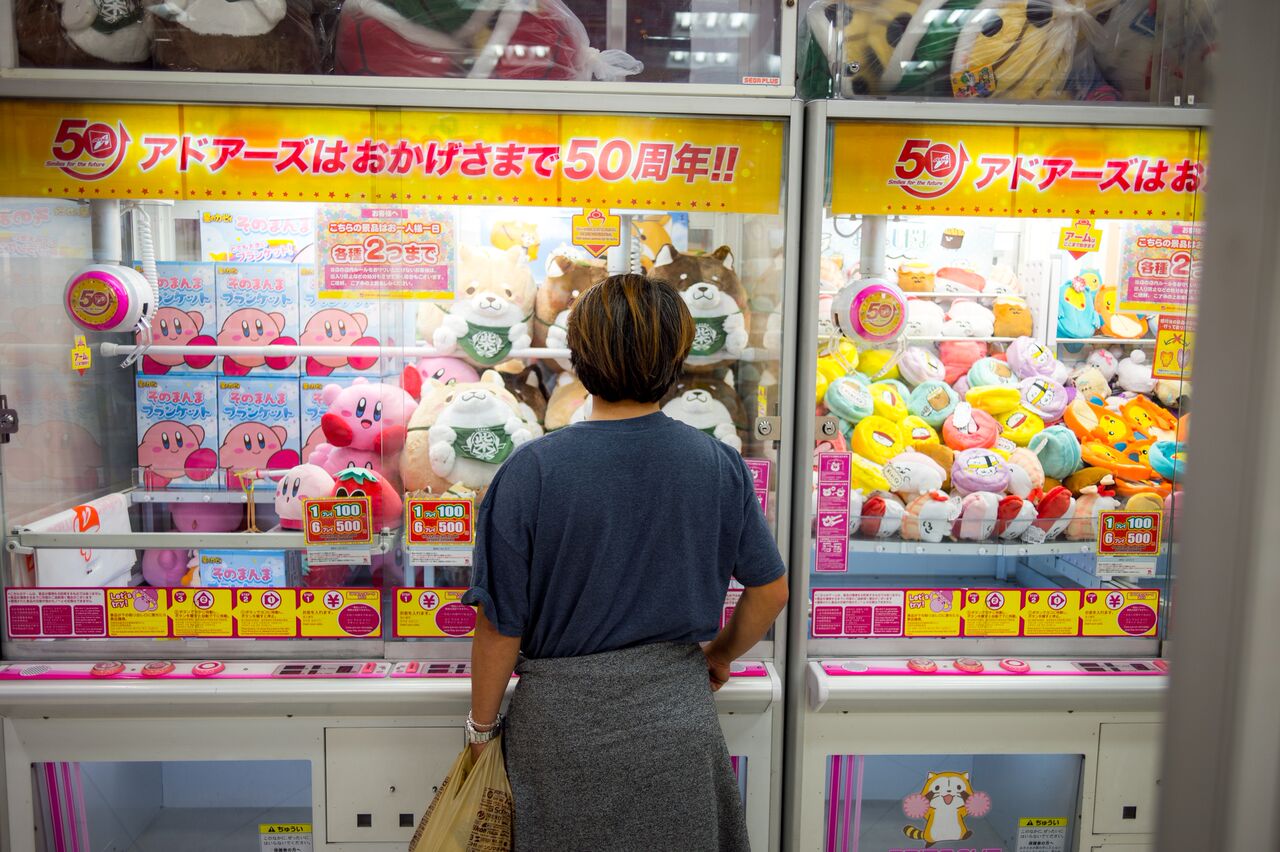 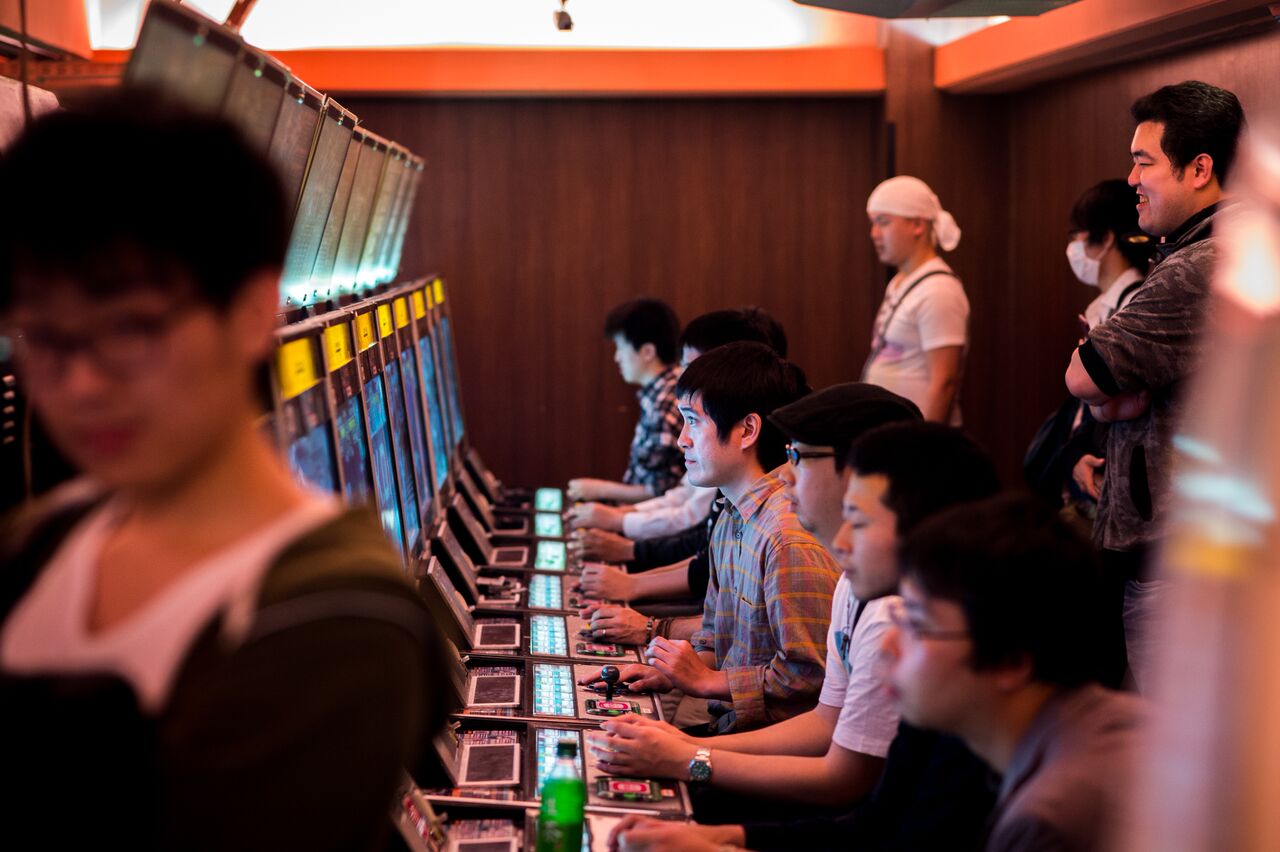 Obsession. What does it really mean? Addiction perhaps, fetish in some cases, a craze that one succumbs to. Americans tend to feel a little queasy admitting to them, even when they're as wholesome as crossfit or the Sunday New York Times crossword. But in Akiba it's as if there was a collective agreement to say, "okay, you're into that; no problem. And not only no problem, but you can do it right out in the open with other people who share your quirky enthusiasm."

Even better for you if your obsession leans towards moe, the fascination with cartoon characters. Daydreaming about cutesy girls in maid outfits who would call you "Master"? Hey, there are cafes that bring that to life. Out of your mind for the hottest comic book hero? You can meet "him" — or someone dressed very convincingly like him — and he'll serve you appropriate lunch items to boot. Addicted to the latest video game? Well, welcome to the seven-story mega-arcades just for you. 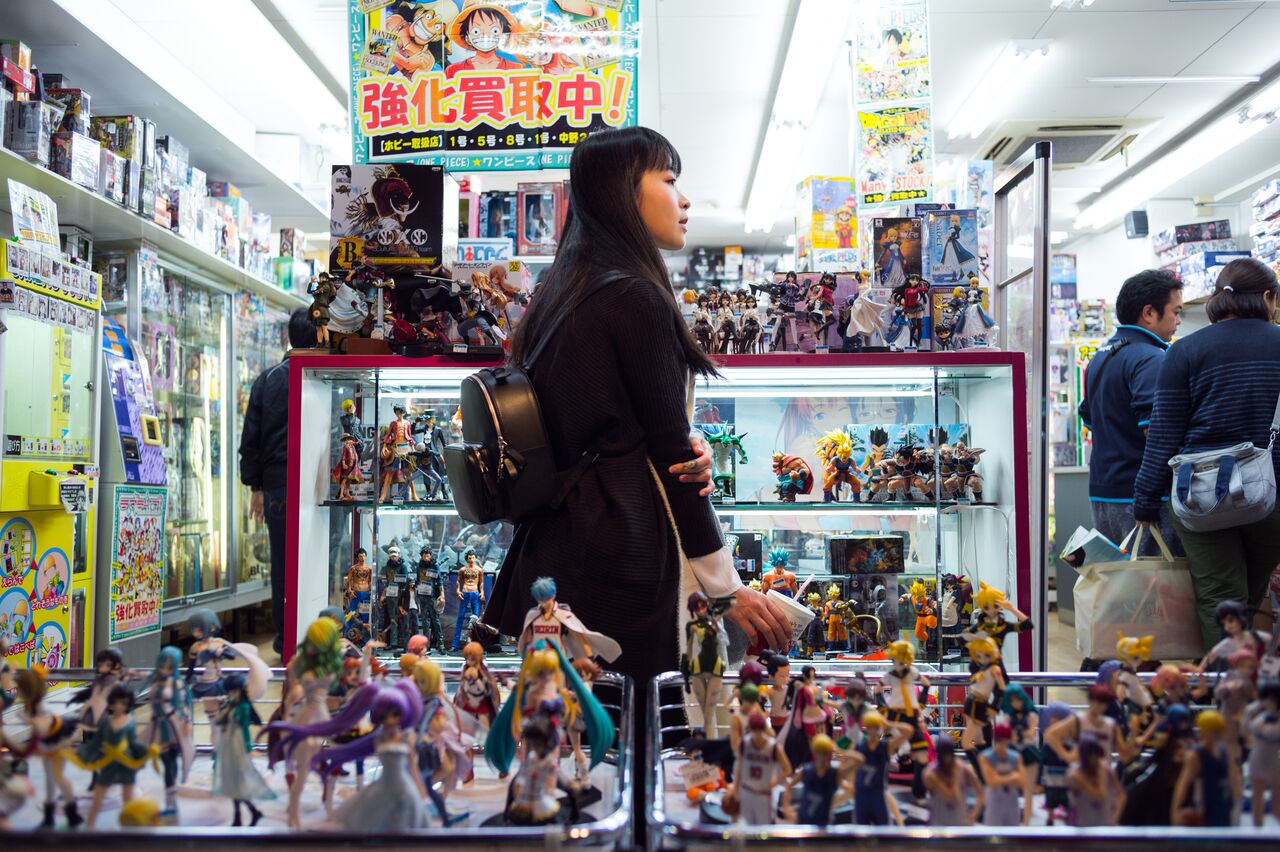 If you're thinking, man, I'm just not into any of that stuff, I'd argue that Akiba is still a must-see. Isn't much of the point of travel to experience what for you is strange but for someone else is completely normal? To keep being amazed that there are worlds out there you would never have imagined? If so, then it's a privilege to be able to uproot yourself and plop down somewhere that feels out and out weird. That's what Electric Town was for me: weird, weird, and weird. And, wow, did I love it.

The first days were all about wide-eyed gawking. I saw a live drone demo in a public square, walked through a dozen floors of electronics superstores, felt very uncomfortable in a maid cafe where my server actually did call me "master," felt equally uncomfortable in a seven-story manga figurine and costume store, and felt even more uncomfortable afterward when actual schoolgirls passed me on the street. I watched videos of robots competing in a soccer match, almost lost my mind in the sound and light of the video arcades, actually knocked on the door of insanity after 10 seconds in a pachinko parlor. 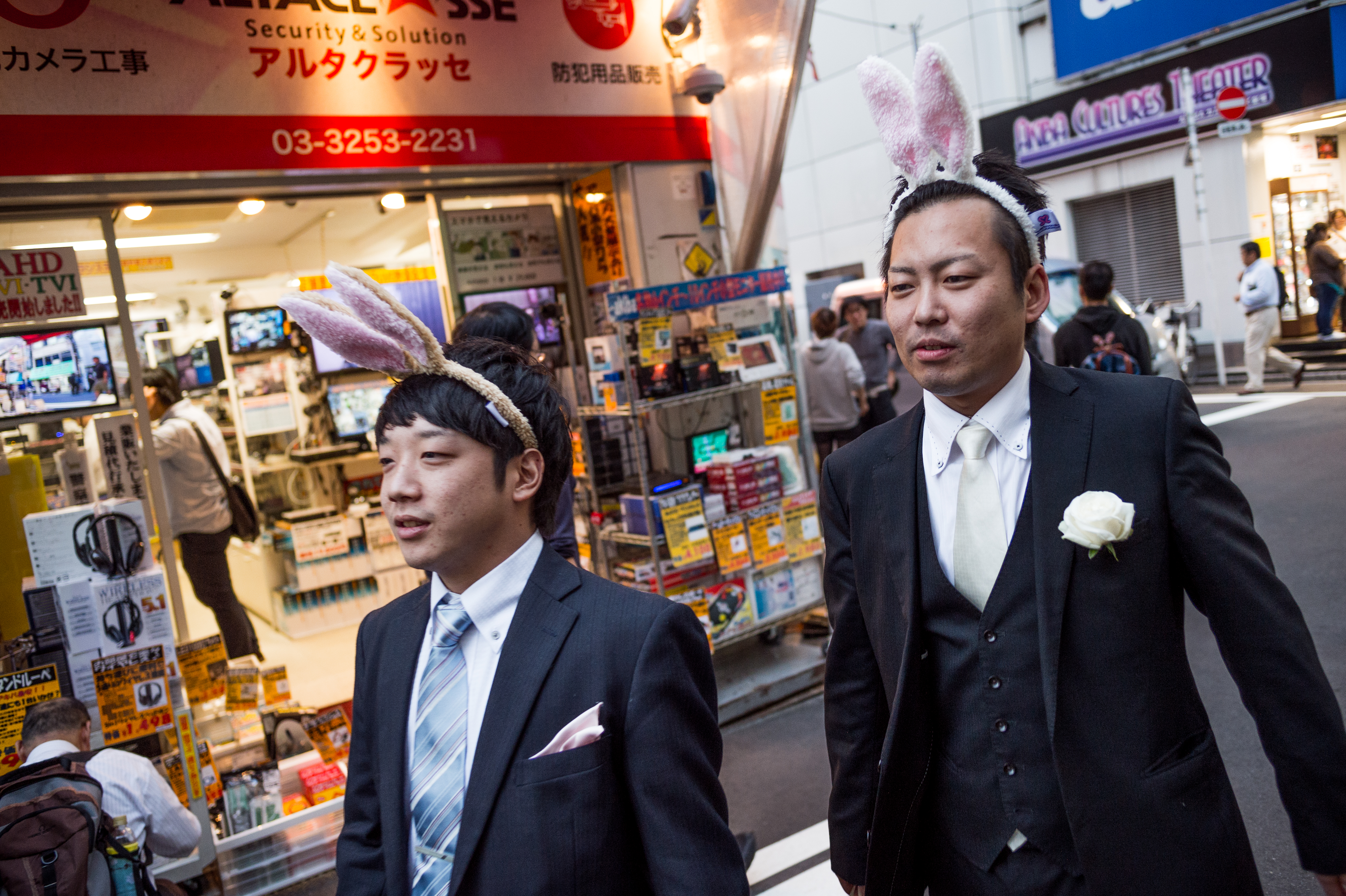 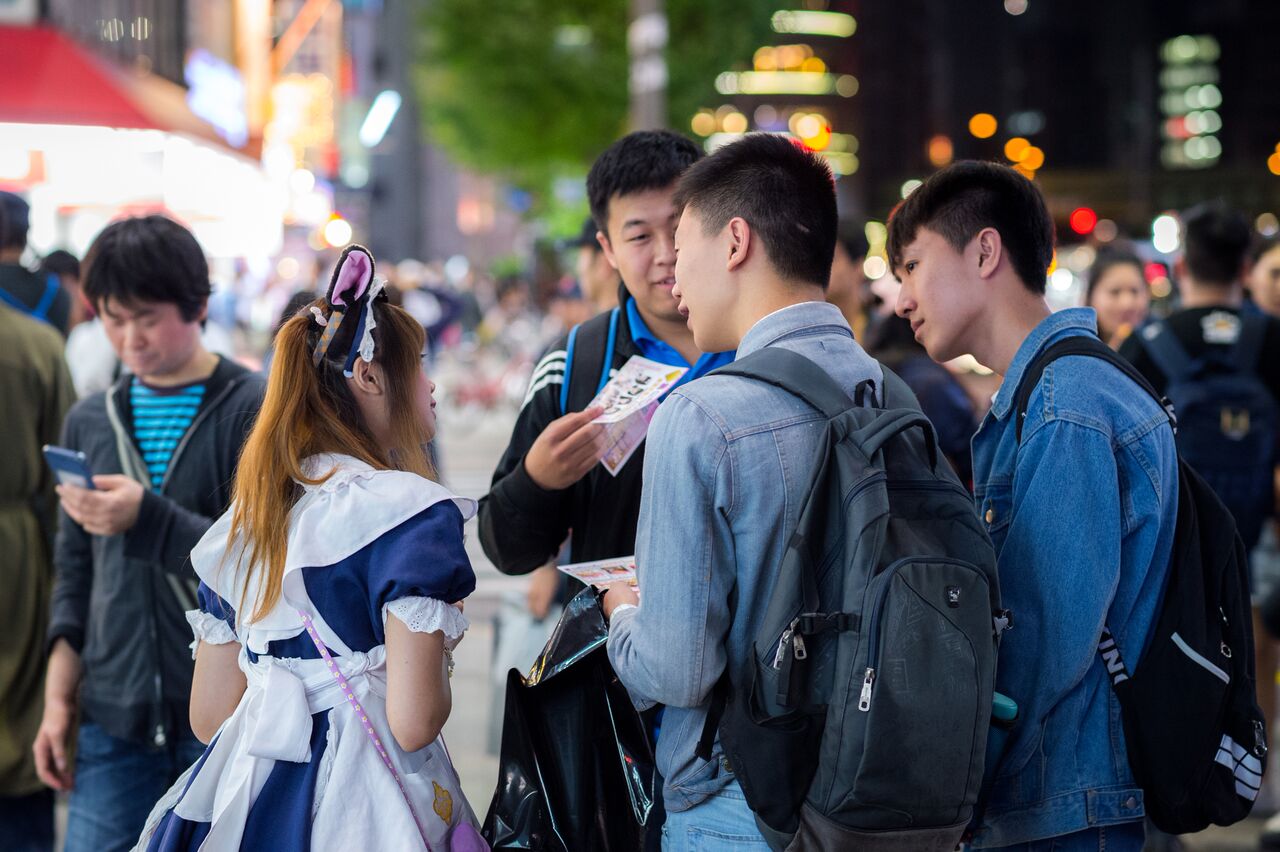 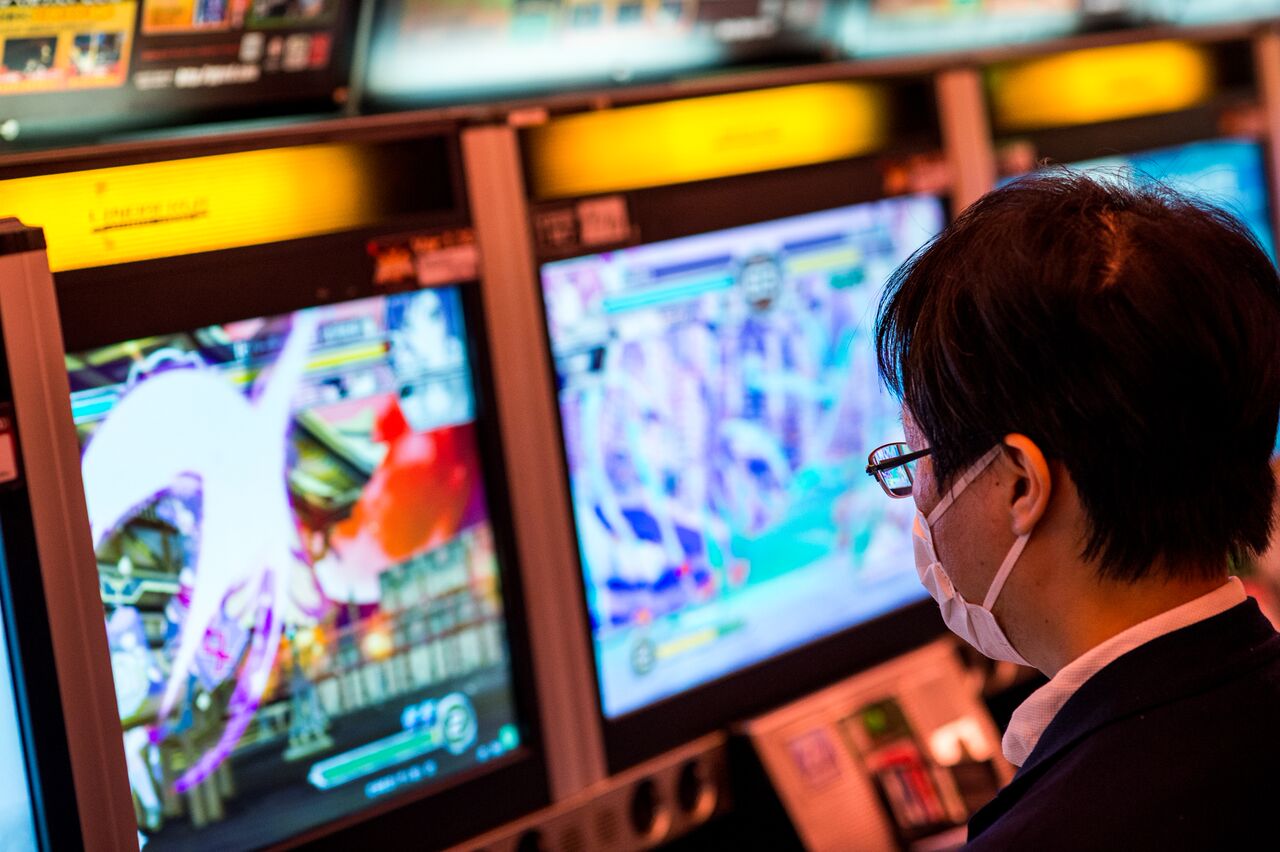 I would see; I would rest (there are many public benches, including a great set in front of the giant, awesome Yodobashi Akiba store). I would get a bottle of tea from the ubiquitous machines and sit and close my eyes for a second, then open them again, take in the kids in costumes milling about, take in the fashions, the pigeon-toed walking, the surgical masks, the transparent umbrellas, the hawkers, the signs, the traffic, the bikes on the sidewalks, the retro taxis, the crowds, the sheer quantity of information. By the end of day one, I was so overwhelmed I thought a wellness spa near my hotel was advertising a treatment where they put a whole paella on your back. As it turns out, it's seaweed. Still.

That would have been enough for me to be able to come home and say that I had effectively been to another planet, but then I started to find where my obsessions connected with Akihabara's. I went back to Yodobashi and took my time, feeling myself pulled at each floor by newer, slicker, more stylish, simply better versions of pretty much everything I own — phones, cookware, messenger bags, computer equipment, turntables, and so on. I entered as someone pretty set in my bohemian anti-consumerdom; I left as a drooling coveter ready to spend a couple hundred thousand dollars, had Drumpf given me his credit card. (As it turns out, at least one of my fetishes had to be tended to, so I bought a pen. A wonderfully ultra-narrow-nibbed erasable pen. It was only $2. Rapture!)

I also gave myself over to the Tokyo-wide obsession with food and, for me, the two sacred esses: soba and sake. I researched, I schlepped, I slurped, and I savored. I ate sublime sobas; I got to taste sakes of a quality that never leaves their shores; I was transported. Please, foodies, go to Japan — and eat attentively in Akiba. You will thank me.

Finally, I found myself becoming a little obsessed with the kindness of the Japanese people — even amid the chaos and tourism of Electric Town. An older couple took me under their wing and bought my lunch. (I later learned the man was a famous singer.) A waitress drew various animals to ensure I was okay eating them; counter men laughed as I figured out how to use the machines to place my food order (and get my ticket, and not drop the ticket into the soba water). People don't crowd at the crosswalks, and you never have to worry for your safety. I saw the same unlocked bike on the main drag three days in a row. This might be the techiest neighborhood on the planet, but it's still incredibly traditional deep down. 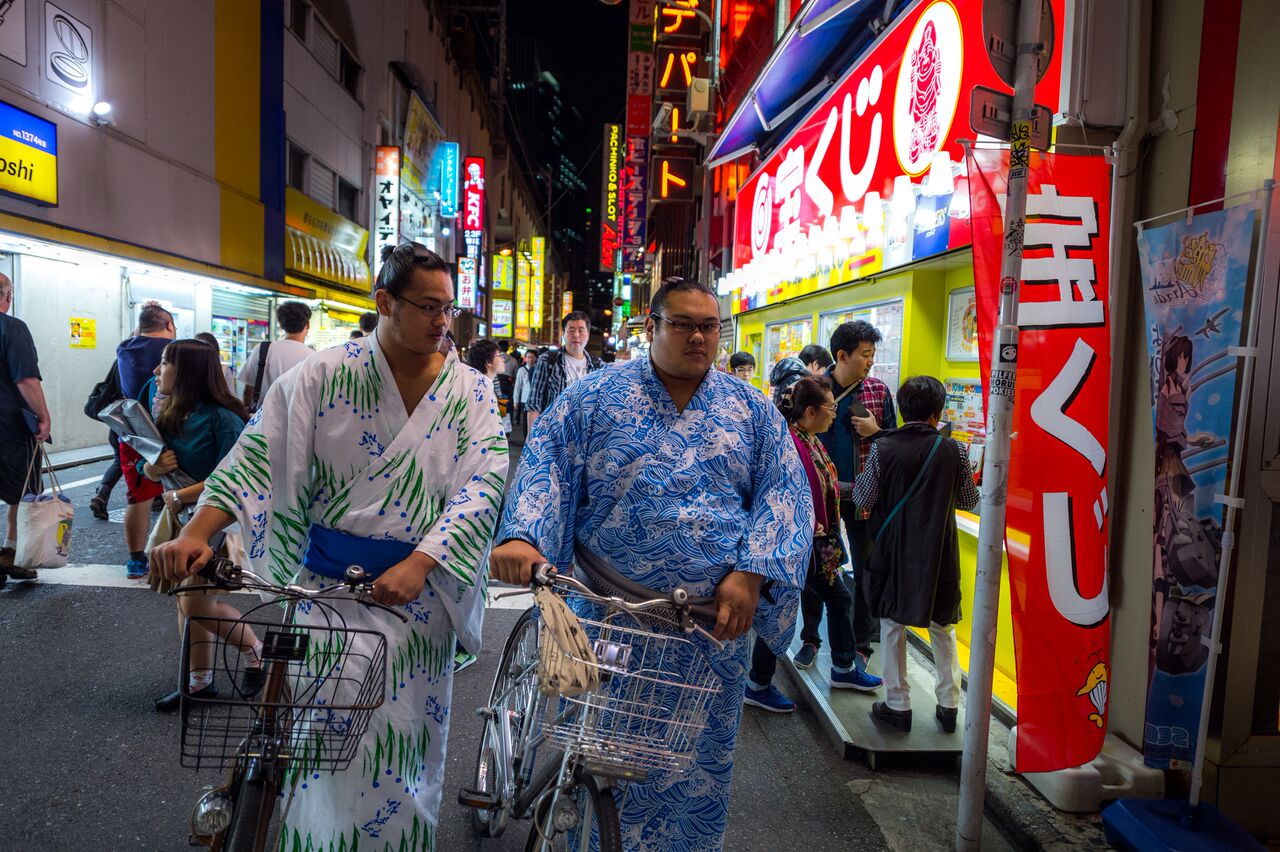 By the end, the totality of Akihabara came to feel like a concentrated shot of Japan, both in its conventional sense and at its techno-geeky fringe. Its famous shops are loud, bright, and relentless. There are quantities of pink and pastel that are almost life-threatening, the flashing lights seem to threaten epilepsy, and the quantity of merchandise is utterly staggering. If you're an insider, sharing in one of the neighborhood obsessions, it will be exhilarating, having that deep-down thing that makes you tick be the center of the whole world around you. If you're an outsider, it will still be dazzling, disorienting, and every stage on the gamut from cool-as-hell to what...the...???? Your jaw will ache a little from excessive dropping.

Even if you're not into high-end cameras, dancing robots, or wearing panda ears in public, visiting Akiba allows you to do one of the stranger and more instructive things in life: take a tour of the deepest recesses of other people's brains. They're different, they're surprising, and they're quite literally unforgettable.

The Hidden Osaka Restaurant Where Timing Is Everything