Conformity and propriety are the rule in Japanese society. Which makes Japanese festivals a good excuse for much-needed extreme behavior. Of particular note is Onbashira, the sacred Shinto log festival, which may be the ultimate outlet for singing, partying, joyful drinking, macho behavior, and flirting with abandon.

In April, while the rest of Japan is under the spell of the cherry blossoms, the region around Lake Suwa in Nagano Prefecture is in the throes of Onbashira, the "honored pillars festival." Over the course of two months, sixteen logs are driven from the nearby forest down a mountain to the Suwa Grand Shrine, where they are erected as pillars on the four corners of the shrine's four buildings, a symbolic renewal of the shrine.

Occurring every six or seven years in spring according to the moon calendar, the festival has been celebrated for 1200 years, making it one of the most ancient and prestigious of the thousands of festivals celebrated annually throughout Japan. Large and small, these celebrations maintain ancient traditions and customs, and most revolve around the Shinto religion.

Nowhere in the world will you find anything like Onbashira, which is equal parts religion, spectacle, danger, and extreme sport.

During the first month of the festival, Yamadashi ("coming out of the mountains"), sixteen huge, ancient trees are chosen, cut down with special axes, affixed with ropes, decorated in the Shito colors of red and white, and dragged down the mountain by human hands. The Friday before the festival begins, dozens of men and women wearing traditional costume and jikatabi shoes leave for the forest, where, after a purification ceremony involving chanting and the sprinkling of salt by a Shinto priest, Onbashira begins.

The logs typically measure one meter in diameter, 17 meters in length, and weigh more than 10 tons. Sitting on the logs are acrobatic clan members, who, while balancing and singing, encourage those doing the pulling. The young male riders are chosen for their level of fitness and sense of balance to reduce the likelihood of injury or death. Japanese girls in the crowd ecstatically flirt with the daredevils, who often celebrate their bravado with a sip of sake. Riders beat themselves on the chest, open cans of alcohol to toast their masculinity, crying "kampai!" as they do. Although there have been fatalities in the last three festivals, it's clear that the men are doing this for the honor as well as for the adrenaline rush. 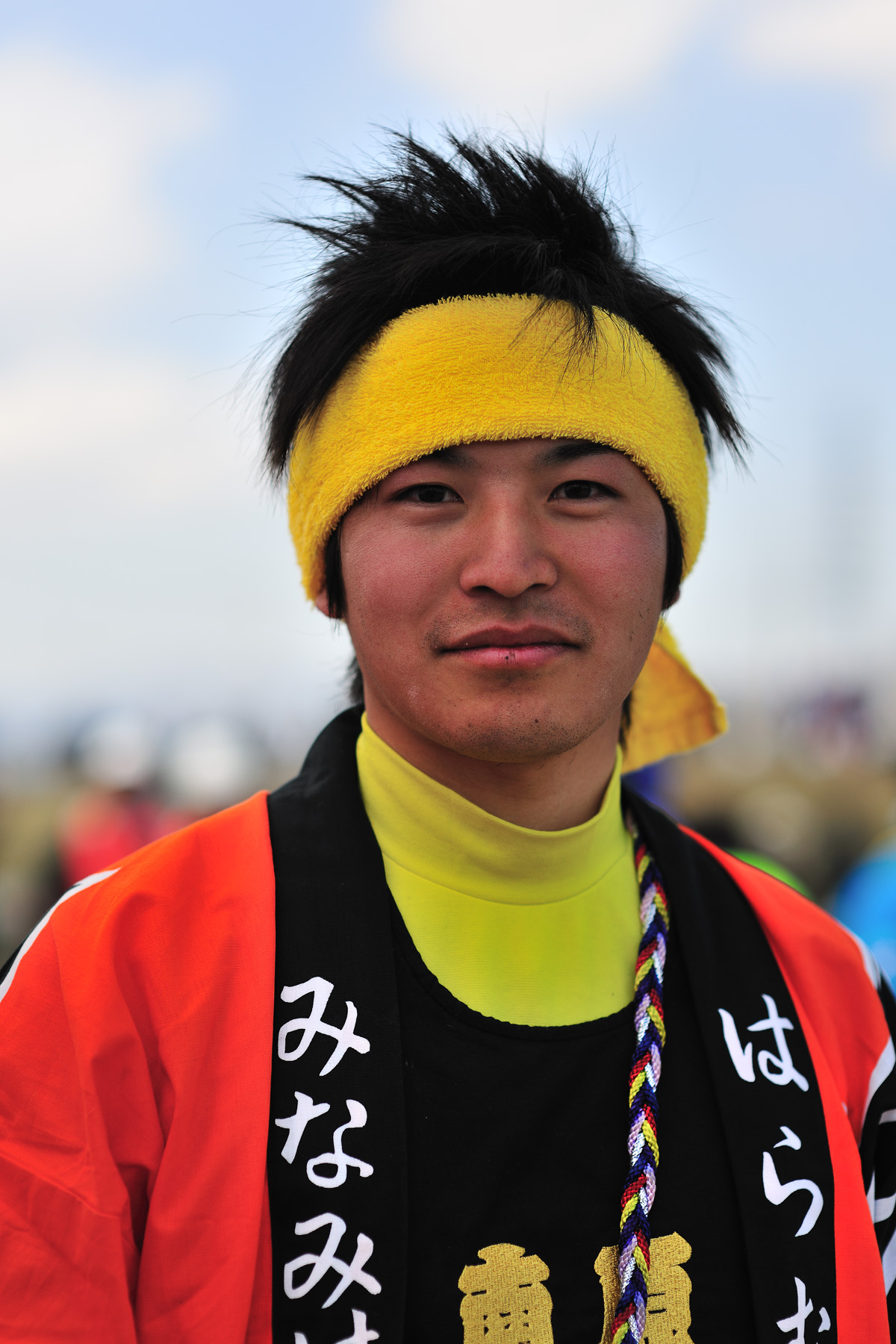 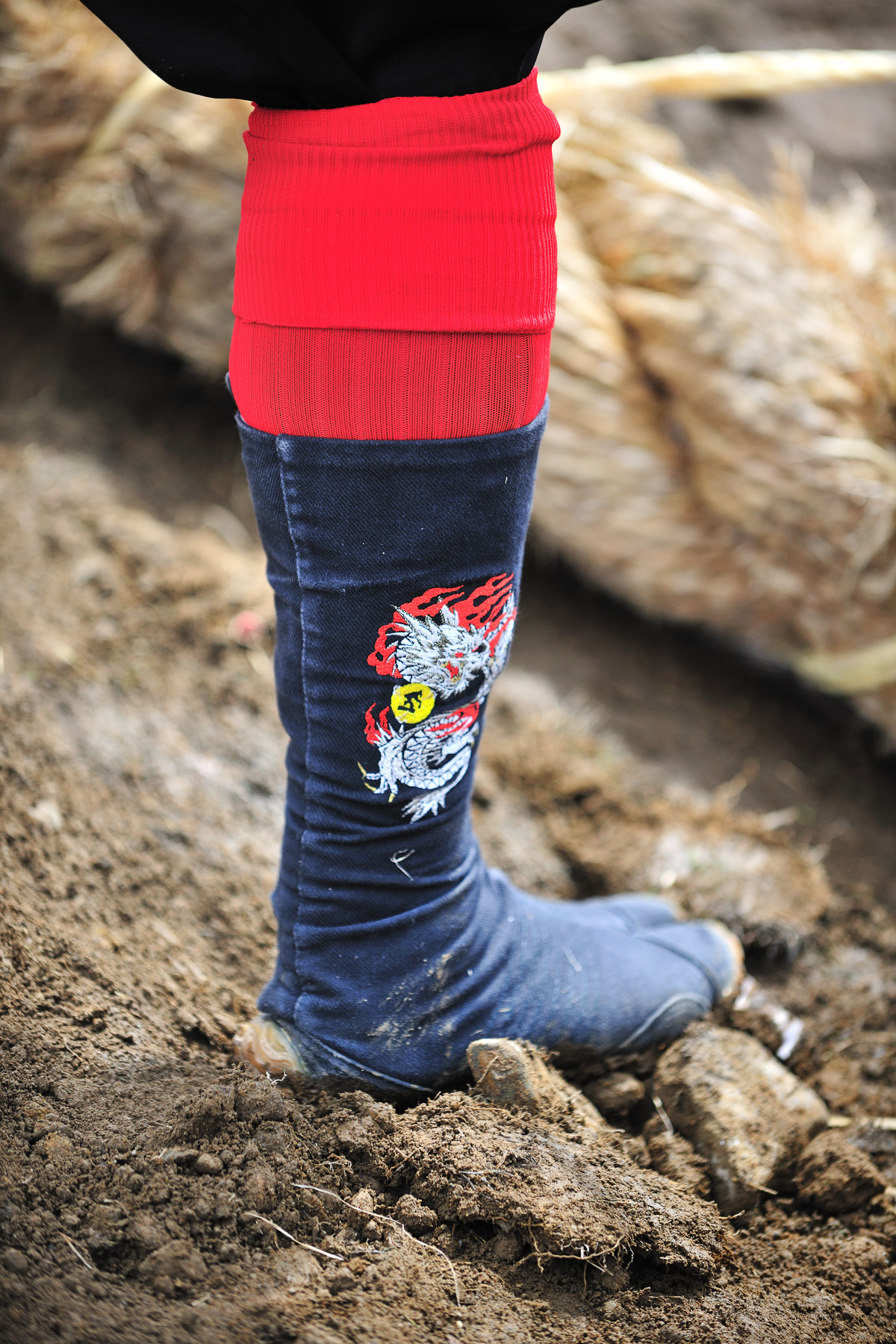 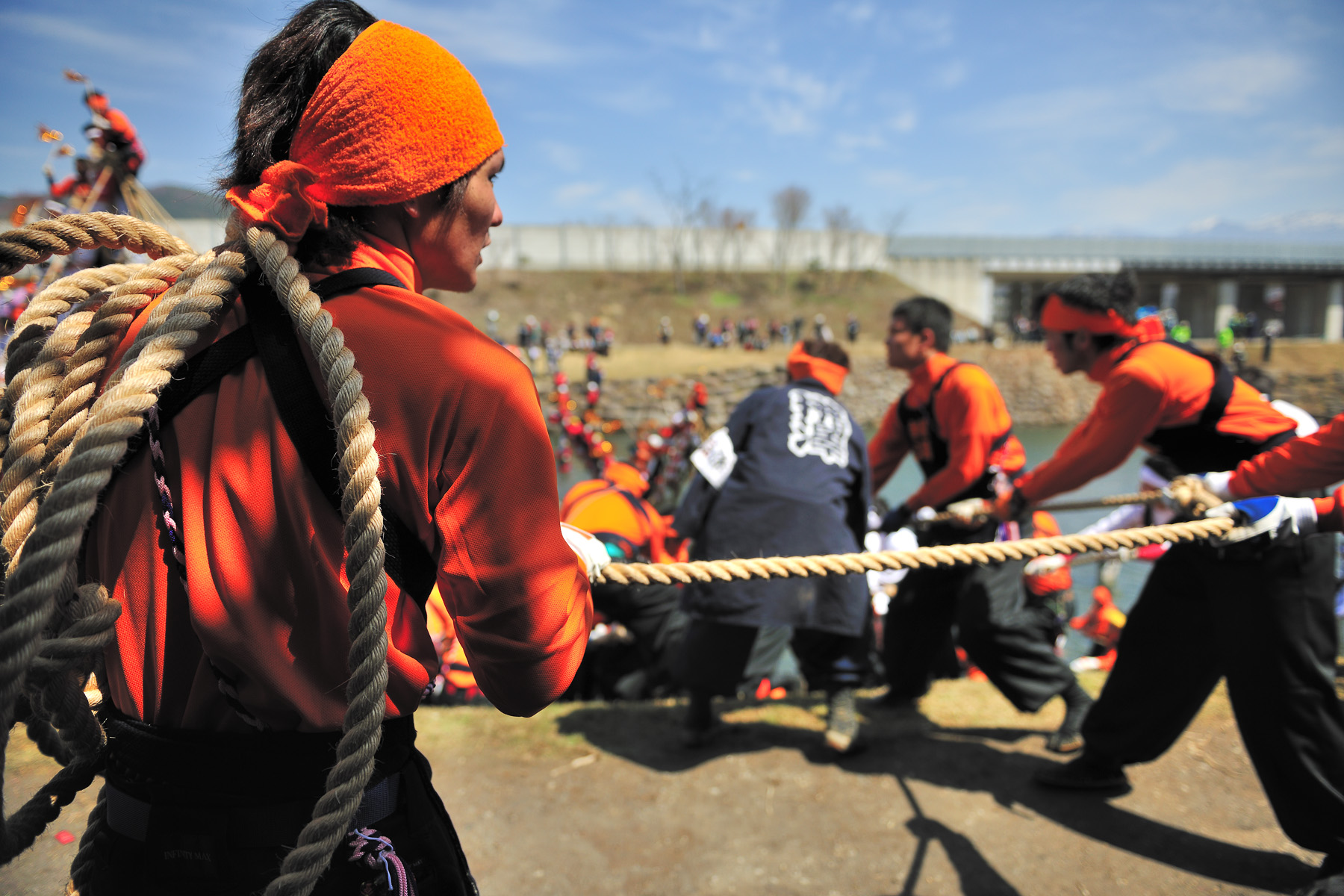 Those pulling the logs are dressed in identical costumes and usually come from the same area around Suwa. The draggers don't have to be fit or strong, as evidenced by the frail, elderly ladies and children who join in. Their collective team strength is what moves the gigantic logs.

Hundreds of thousands of spectators come for the climax of the trail, especially the kiotoshi moment when the log is pulled up a high hill, then slid down the other side at ferocious speed. The parade continues through the village, where locals hang out of windows and sit outside as the raucous procession passes. Folk songs are sung, fireworks are set off, and the festival is toasted. Everything is accompanied by countless ceremonies and prayers.

The last extreme moment is kawagoshi, when the log is dragged through a turbulent river. People wait for hours along the riverbank to watch their favorite team perform this dangerous tradition. Trumpets sound and cheers ring out as the log glides through the water and makes it to the other side of the river.

The lumberjack, one of the most prominent figures in the spectacle, is called upon to cut the ropes used to drag the log. At that moment, Yamadashi ends. 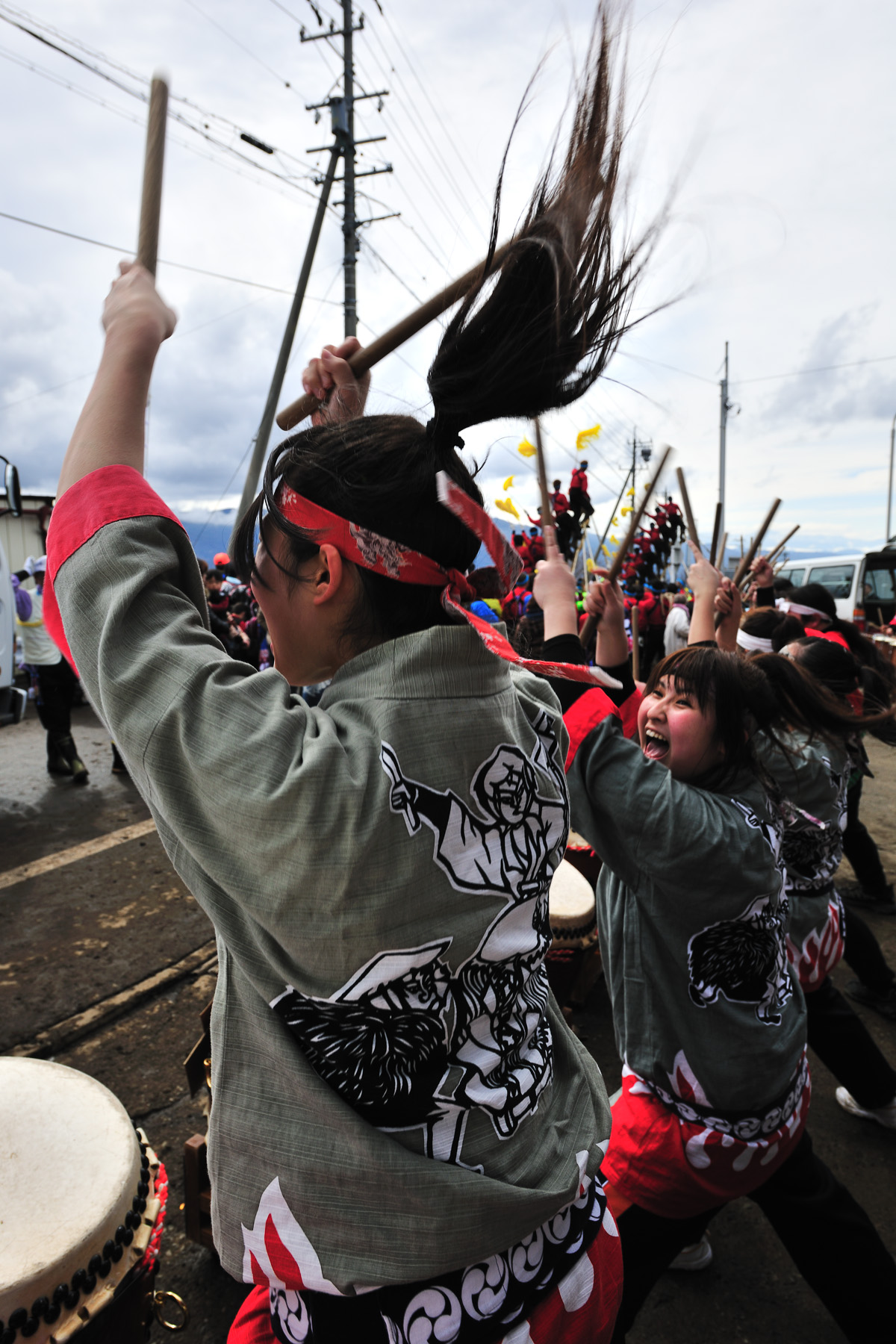 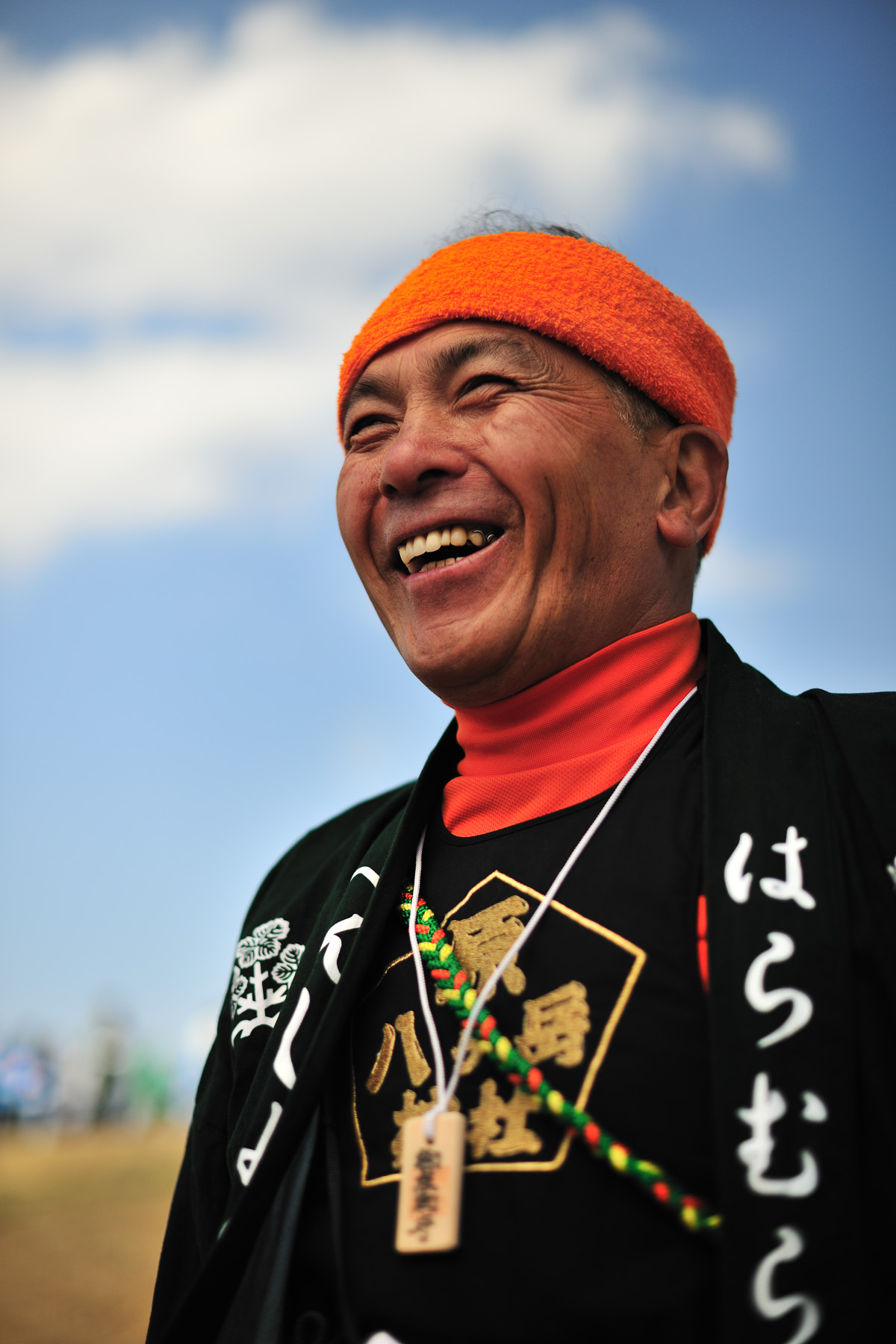 During Satobiki, the second month of the festival, the logs are ceremoniously brought to the temples where they are planted upright, again with great ceremony. Local people believe that supreme beings dwell in the trees. Replacing the logs is believed to bring spiritual renewal to the shrines, so the gods of hunting, farming, wind and water are satisfied.

When participants are asked why they risk their lives for a log, the answer is unambiguous: "Without us, there is no festival. Participating gives you energy and makes your blood flow faster." In fact, without the element of danger, the festival might never have grown into one of the best and most unique events in Japan. It's considered in honor to be allowed to join, a strengthening of group spirit.

Reading between the lines, an underlying reason for many of these festivals may be that they offer the Japanese a perfect excuse to briefly go crazy, be free, and step out of line. Everything is permitted during the festivals. The next day, revelers returns to normal life and routine, being good, productive citizens in Japan's rigid hierarchy and strict work ethic. Who knows? In the back of their minds, they're probably already planning for the next festival.