From bean to bar, the couple behind French Broad Chocolates are dedicated to their craft.

It’s your typical love story: Boy and girl meet. Boy and girl fall in love. Boy and girl drop out of grad school and travel by veggie oil-powered school bus to a new home on a farm in Costa Rica. Boy and girl discover a mutual love of chocolate and start a business together. That’s how it happened for Dan and Jael Rattigan, founders of the sweetest gathering spot in Asheville, French Broad Chocolates.

The craft chocolate boom in the United States may have given rise to artisanal chocolate makers and chocolatiers throughout the country, but it’s rare to find a team like the Rattigans, who excel at both producing and baking. The labor-intensive and incredibly temperamental process of turning cacao beans into the chocolate bars we know and love takes a lot of time, a lot of energy, and a lot of expensive specialty equipment.

Most chocolatiers who make bonbons, brownies, and pastries purchase couverture or baking chocolate from brands like Valrhona, Guittard, and Barry Callebaut. But French Broad Chocolate decided to go their own way and have taken on the daunting process of roasting, winnowing, grinding, conching, and tempering their own chocolate for their vast menu of desserts, which includes gelato, tiramisu, cookies, cakes, and rich hot drinking chocolate. The cacao beans arrive in Asheville having already been dried and fermented by small farmer partners in Peru, Nicaragua, Guatemala, and Costa Rica.

In 2006, after driving their bus back to the United States and visiting Asheville for just five days, they immediately set down roots. "We were smitten with the bakeries, cafés, and dads walking down the streets with kids on their shoulders," Rattigan says. "It just felt like home. I’m a Midwestern girl from Minnesota, so it never crossed my mind that I would settle in the South. I don’t want to sound too woo-woo, but Asheville just attracts people who are engaged in life and interested in making things happen." And as much as the Rattigans have fallen for their new home, the locals have returned the favor, embracing French Broad Chocolate as a quintessential Asheville experience, a place to show off to visiting friends and family. 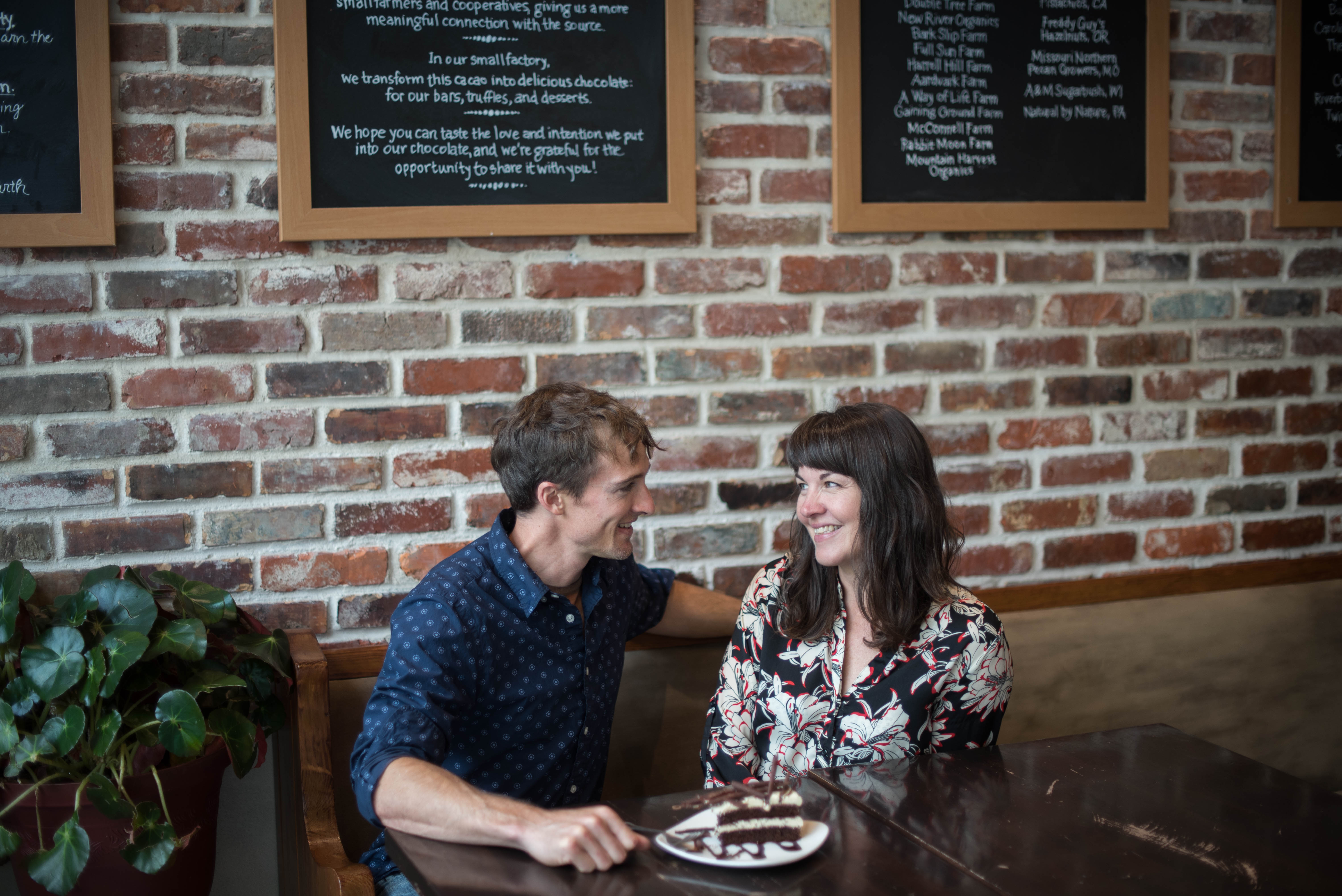 On a premiere corner of downtown Asheville, a sky blue building exterior and playful cursive signage welcome patrons into a bustling, 90-seat lounge with pastry cases, plants, exposed brick, and open pantry shelves. The brownies, cakes, and bonbons on offer change regularly, inspired by local ingredients and changing seasons. There are vegan and gluten-free options aplenty. New flavors for fall include a beet and ginger truffle (with freshly juiced beets and ginger) and a pear and chèvre truffle (the Rattigans poach local fruit in prosecco and vanilla). The 80 percent Costa Rica dark chocolate bar on sale in the Chocolate Bar Library even includes beans from the Rattigan’s own small farm. 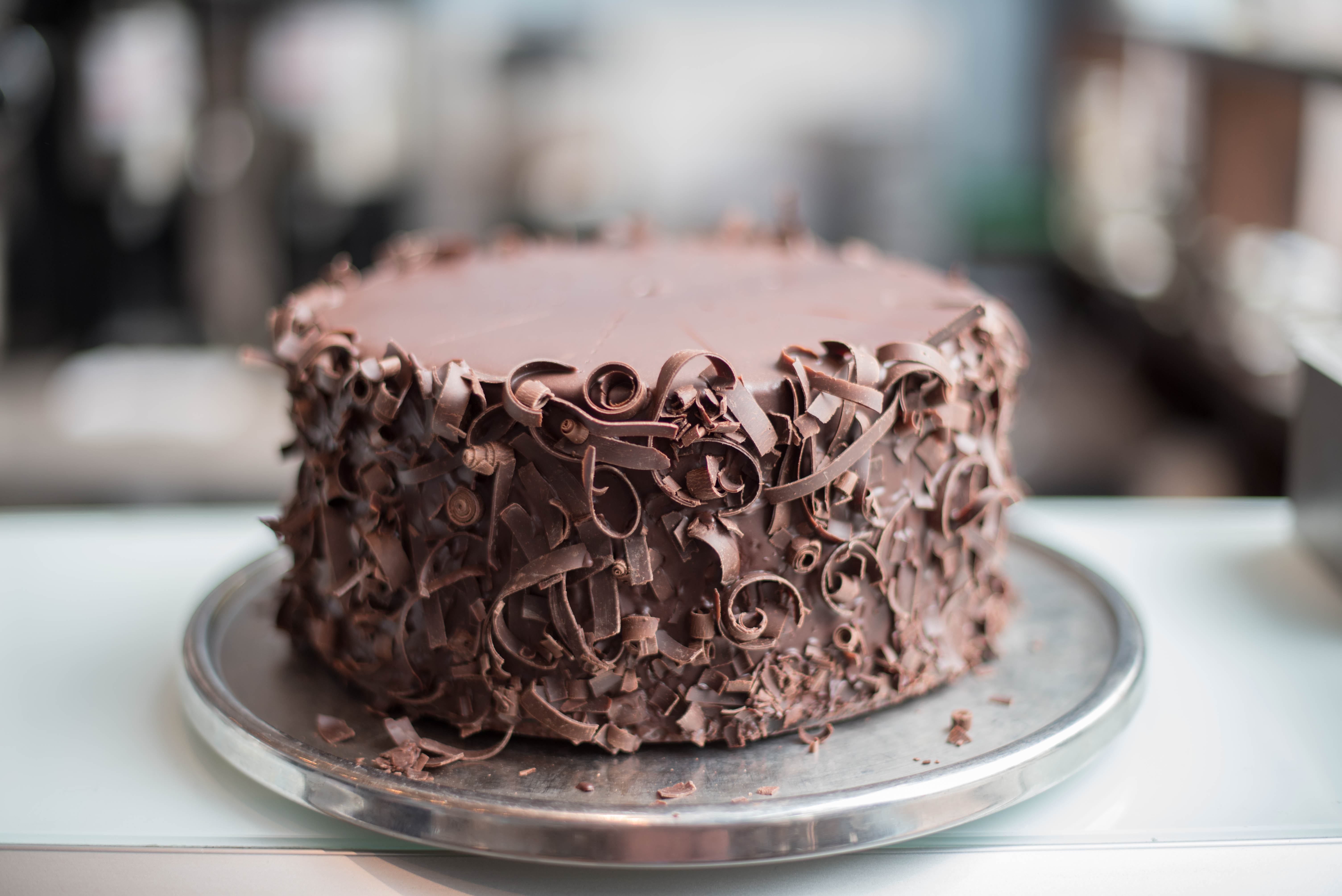 Their sons, now nine and eleven, predictably have plenty of chocolate to eat around the house. "They’re practically made of chocolate," Rattigan muses. In a similar way, the residents of Asheville can increasingly say the same about themselves.

Falling in Love with Asheville Restaurants

View all stories in The Carolinas